A delicious fluffy pancake cupcake drizzled in syrup and topped with a maple spiked buttercream and garnished with candied bacon. 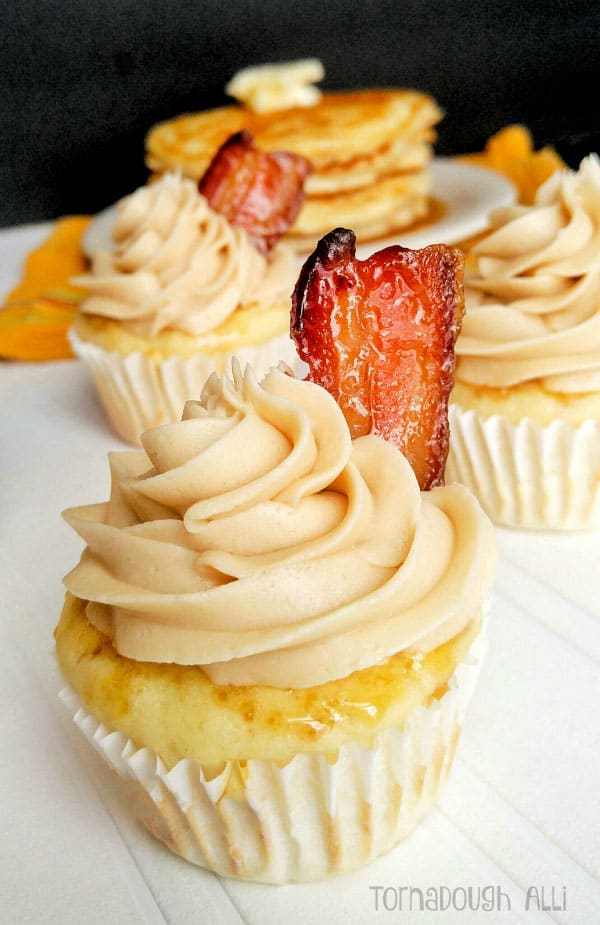 Well it’s finally February, and yesterday Punxsutawney Phil didn’t see his shadow, so that means an early Spring…which I can handle. Finally though after a pretty mild winter thus far we did get some sort of blizzard here in MN. Nothing to phone home about…school got out early, the wind is sure blowing, but unfortunately the snow has stopped. Like I’ve been telling people, the last few years here it has been pretty mild snow wise. We haven’t received too much of it and I believe that if it’s going to be cold, there better be snow otherwise let’s just move onto Spring! On another note, I made cupcakes! No ordinary cupcakes either. Breakfast cupcakes. Cupcakes to wake up your senses. Now I can honestly say that it’s acceptable to eat dessert for breakfast with these Pancake Cupcakes with Maple Buttercream and Candied Bacon!! 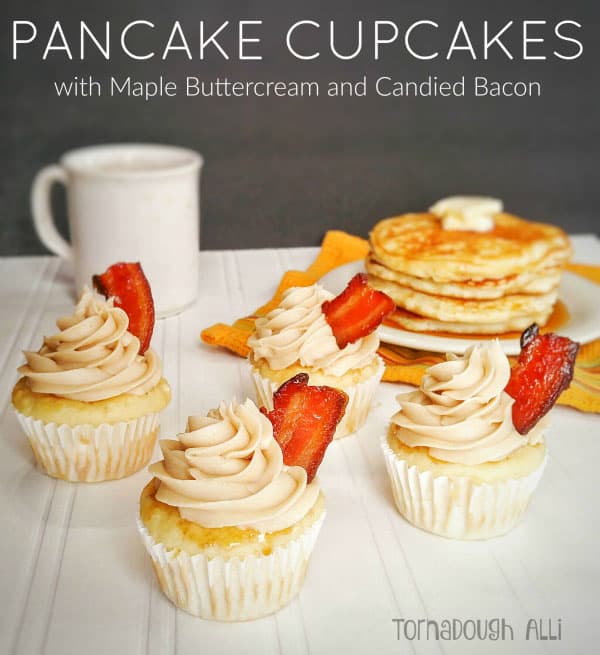 Like I’ve said about a million times, I’m not a huge breakfast person. Breakfast food yes. Eating in the morning no….These cupcakes though have changed my view on that. It’s totally horrible I know…sweets to get me to actually eat in the morning. I totally find it acceptable to skip dinner and go straight to dessert so these are heaven to me, and that’s saying A LOT. 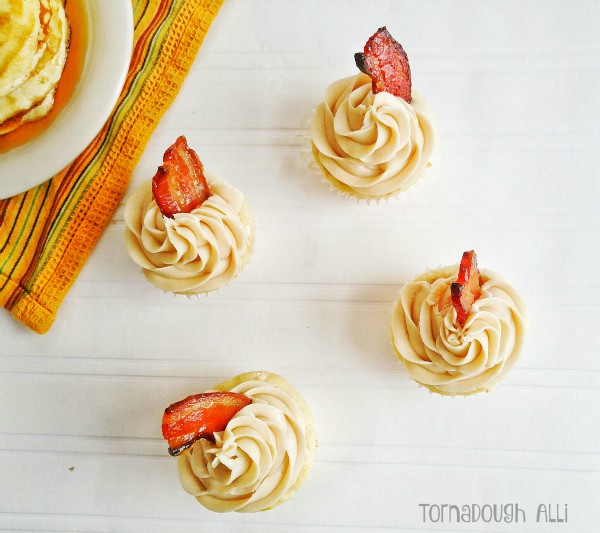 Who doesn’t love bacon? Bacon is a seriously awesome addition to most any dish. What’s even more awesome is candied bacon. Never tried candied bacon? Sucks to be you, but it’s ok, its super simple to make. Get yourself some bacon slices, dredge in brown sugar and bake for about 30 minutes, flipping halfway through! Wah-lah! If you don’t learn anything else this week, remember I taught you how to make candied bacon, you will forever be changed! 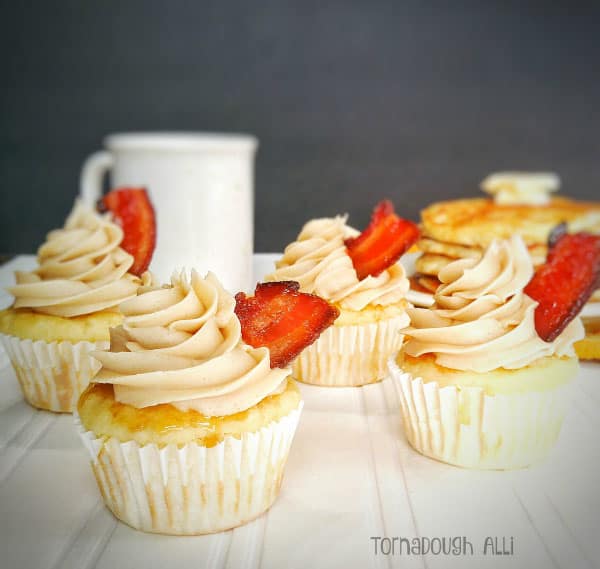 anyways, let’s be serious for a second, and when I say serious I mean you seriously need to get into the kitchen and whip up yourself a batch of these delicious cupcakes. You’ll thank me later. Once you see how simple these bad boy’s are you’ll want to make over and over and over again. Don’t you just love how I rant and rave over these? I’m just super excited I have a breakfast….ok morning food, I will call it that, that I want to actually eat when I wake up. These are kid AND adult approved. So no more excuses! 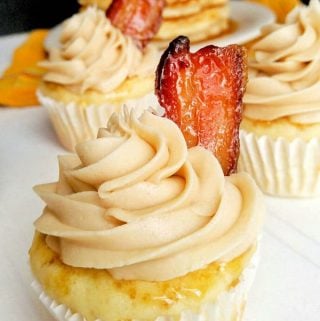 The cupcake liners like to stick to the cupcakes, remove slowly or add a little cooking spray to each liner before filling with batter. You can also use without the liners and bake straight into the muffin tin sprayed with the cooking spray! The sticking a little bit did not bother us one bit!