A summer staple these Beer Brats are a delicious and super easy staple that is made with simple ingredients, feeds a crowd and is completely addicting. 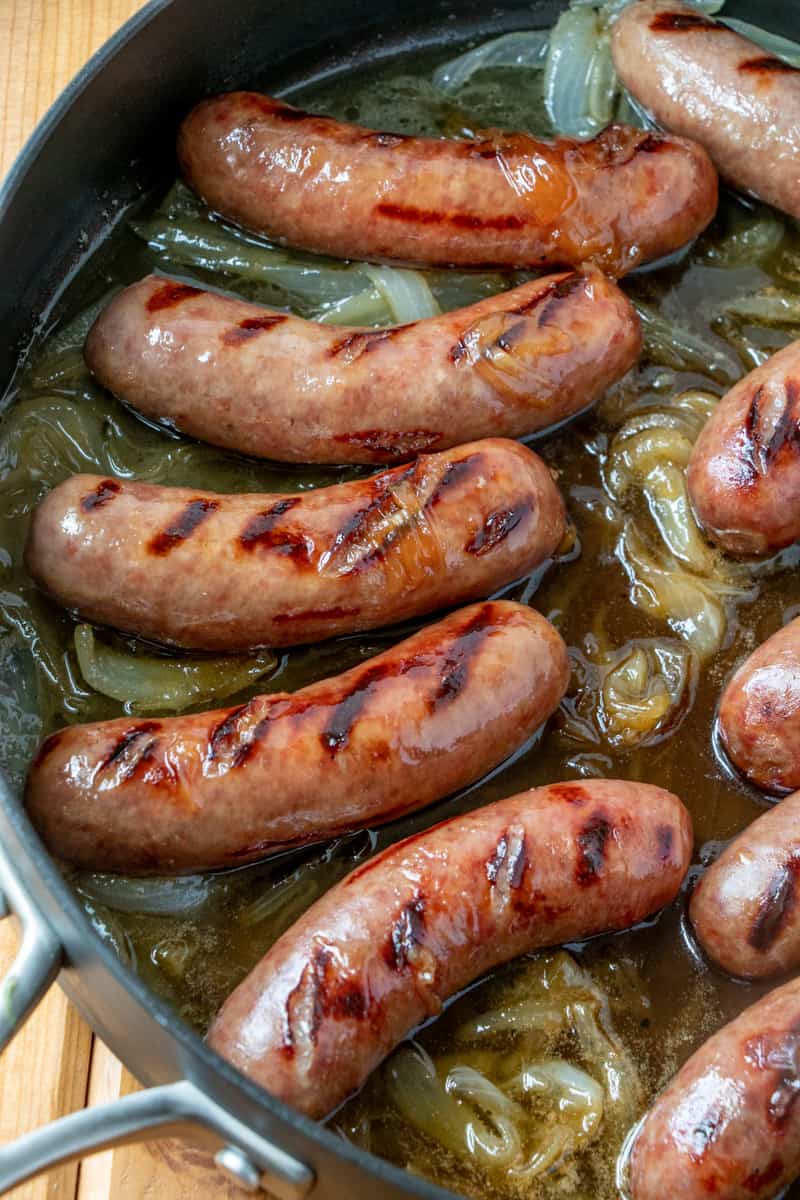 When it comes to brats, these Beer Brats are a staple in our house during the summer months. They are super easy, absolutely flavorful and use minimal ingredients, one of our favorite grilling recipes of all time!

Lets be honest beer and brats go amazing together but separate. But when you add them together in one pan, you are just asking for deliciousness.

WHY THIS RECIPE WORKS: 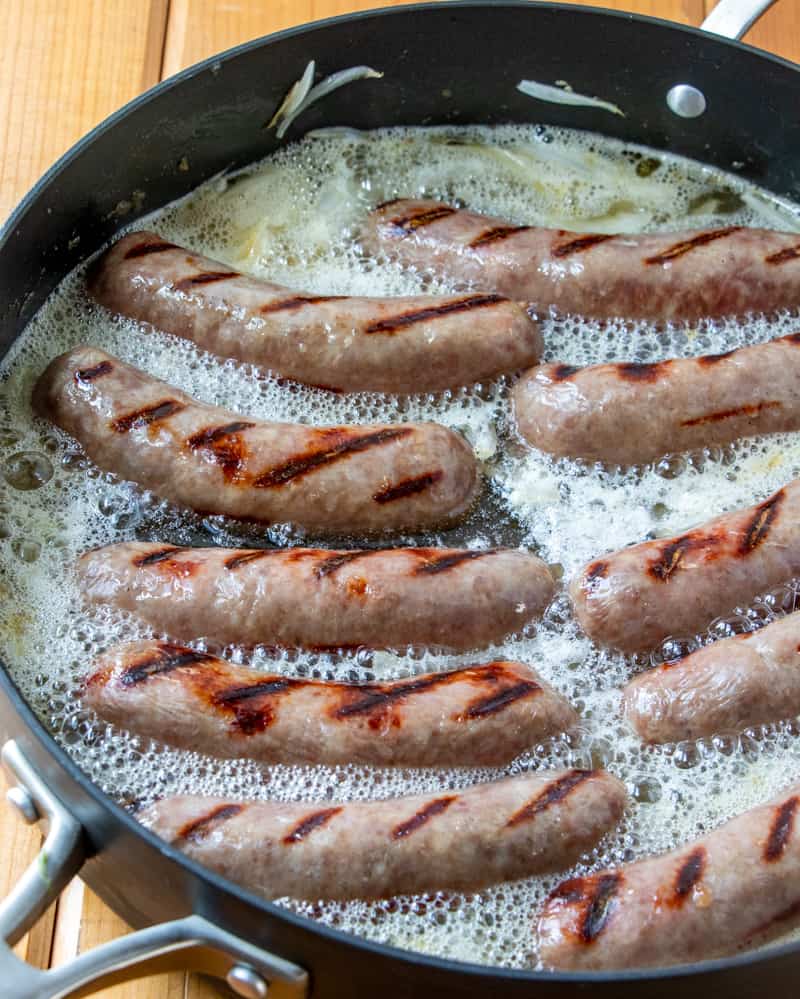 When we have parties during the summer and I ask my friends and family what they want it will always be Beer Brats. They say that I make the best Beer Brats around, which I mean it’s such a simple recipe yet so many people haven’t even heard of it.

We are huge into grilling and make many different meals on the grill over the summer months, but this one trumps them all the majority of the time. We love a good brat recipe that’s for sure!

HOW TO MAKE BEER BRATS, STEP BY STEP:

Preheat your grill to medium high heat, add your brats to a large serving tray and then bring out and place on grill and grill brats until cooked (or almost cooked) through and nice grill marks are present (Photos 1-3).

Next, melt butter in large pan (large enough to easily fit 10 or so brats). Then add your onions and cook until they are just translucent (Photos 4-6). 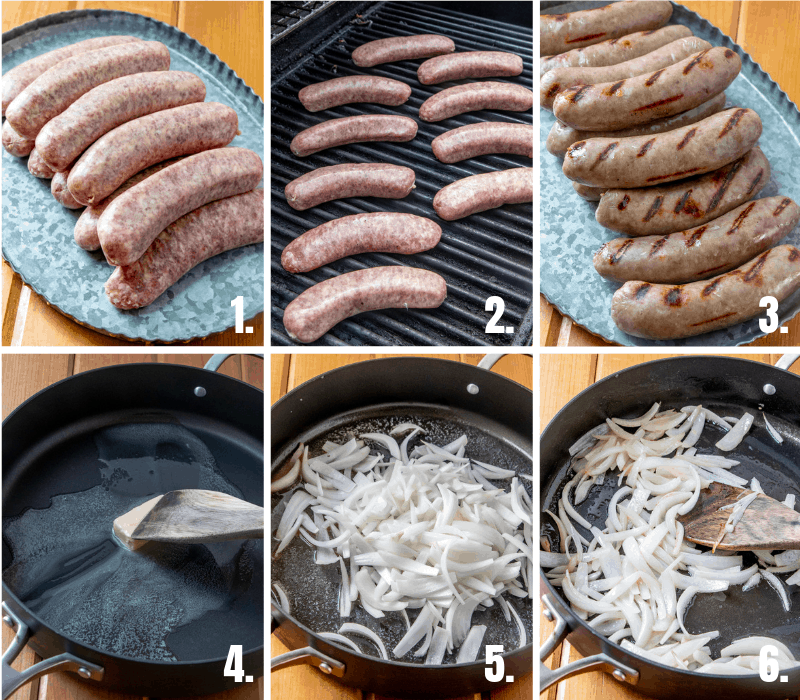 Once onions are translucient add in brown sugar and stir to coat onions and it looks melted and like caramel (Photos 7 & 8).

Add your brats to your pan and then pour with beer to almost cover, place lid on top of pan and cook on medium heat for about 30 minutes until beer is reduced and onions are caramelized (Photos 9 & 10). 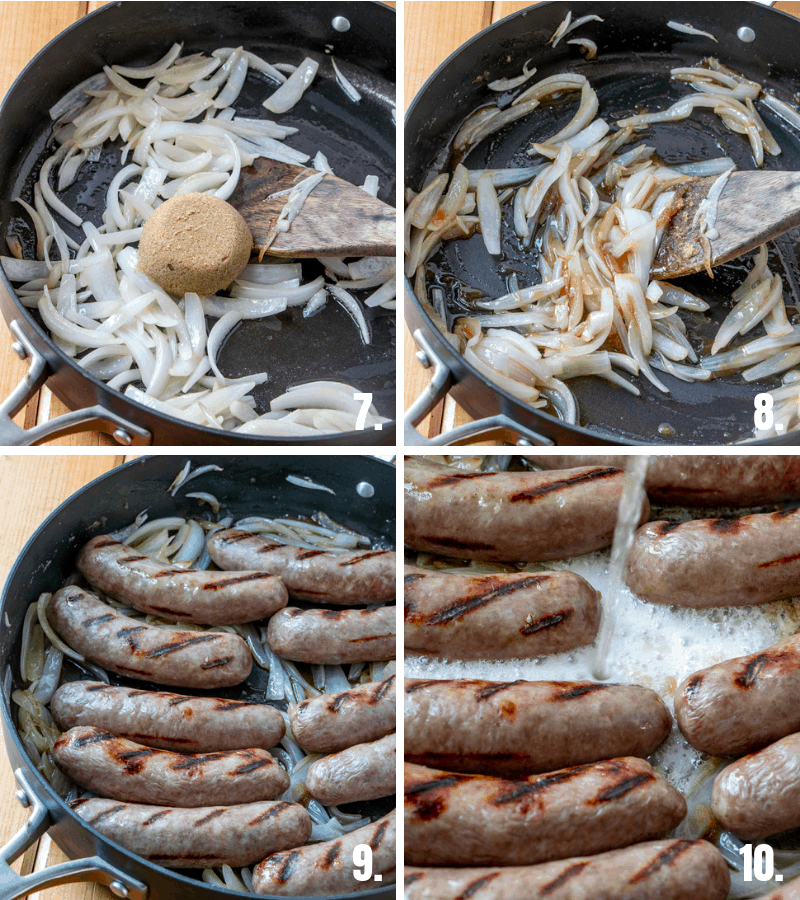 Now this recipe may seem long and I know some people will wonder why you want to go the extra step after gilling and putting them in a pan to cook longer, trust me just do it and you will find out why.

There is no brat recipe that really compares to the flavors in these brats, there are a lot of different variations out there that people love but this one is our favorite hands down.

This is actually a debatable question, everyone has their favorite beer to drink, but it may not be the best beer to cook with.

I have had readers say that they really like using PBR as their go-to beer of choice, while we aren’t picky and usually we just use what we have on hand, a darker beer yields better flavor in our opinion.

We used to use a brand called Firehouse, which was an amber and the most amazing beer for these brats, and we religiously used it until we were unable to find it anymore.

Avoid using an IPA because the bitterness of the beer comes out in the brats themselves. But I mean essentially any beer will do, but with these brats, splurging a little to get a better beer is absolutely worth it! 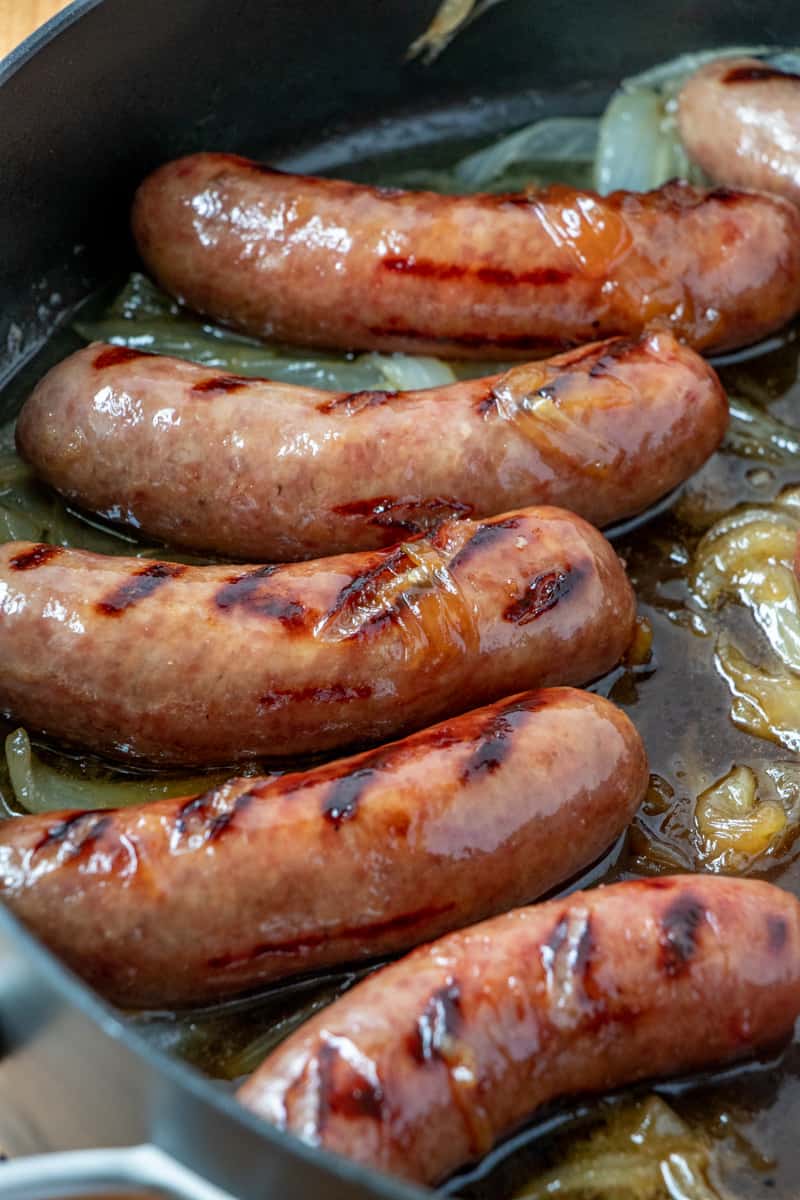 If you want that perfect summer recipe then you need to look no further than these Easy Beer Brats, you won’t be disappointed, I promise!

If you’ve tried these BEER BRATS or any other recipe on my site, let me know in the comment section how it turned out, we love hearing from our readers! You can also follow along with me on PINTEREST, FACEBOOK and INSTAGRAM to see more amazing recipes and what shenanigans I’m getting into! 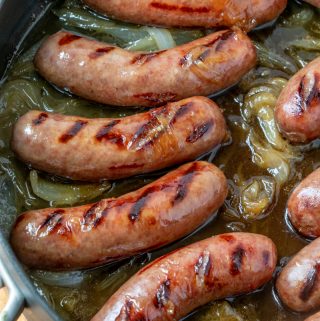