Warm, gooey and full of banana bread flavor this Banana Bread Pudding is a fun and easy breakfast or dessert treat that is hard to resist! 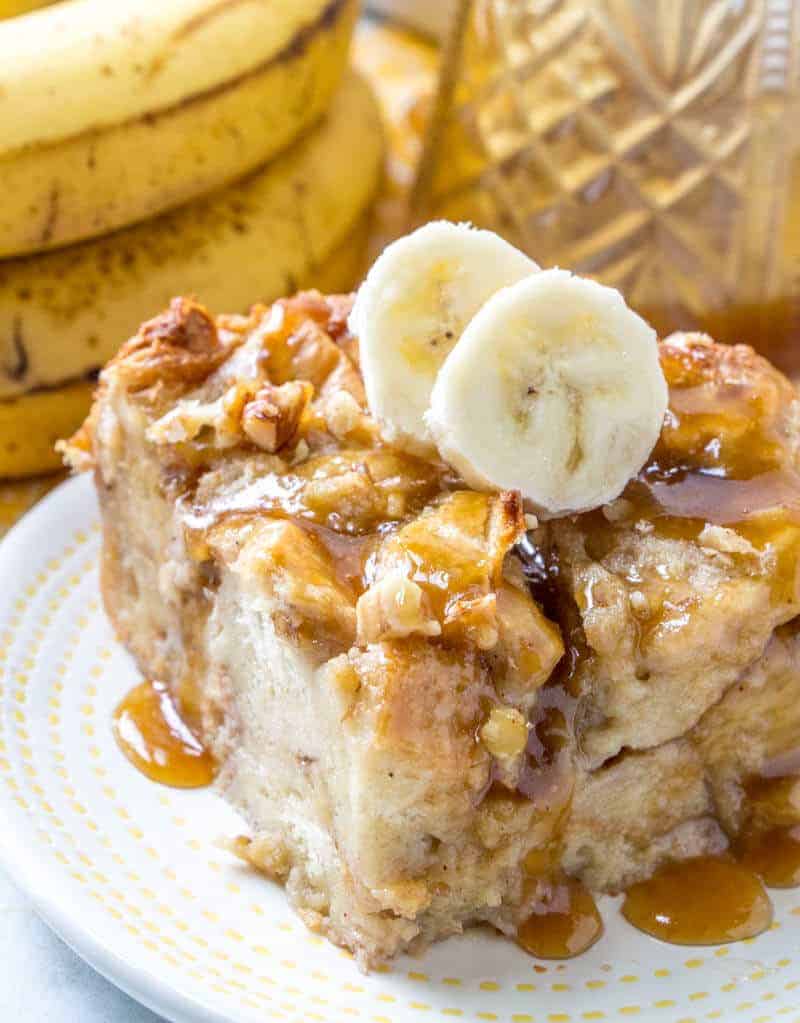 So I have an addiction with all things banana flavored. Like literally if it says that it has banana in it, I’m totally down to eat it. Not even going to lie. Like out of all the dessert flavors, banana is my absolute favorite.

Have you ever tried bread pudding before? Now I used to be so scared of bread pudding. Like I mean who would want to eat milk soaked soggy bread.Those used to be my thoughts EXACTLY. Until I tried it. My motto is try everything once, and twice if you like it.

So we had the pleasure of going to Las Vegas maybe about 4 years ago and we decided that we wanted to try one of the hotel buffets. So we went to the Aria. Let me tell you, that buffet was pretty amazing, I’m sure like almost all the buffets in Vegas. 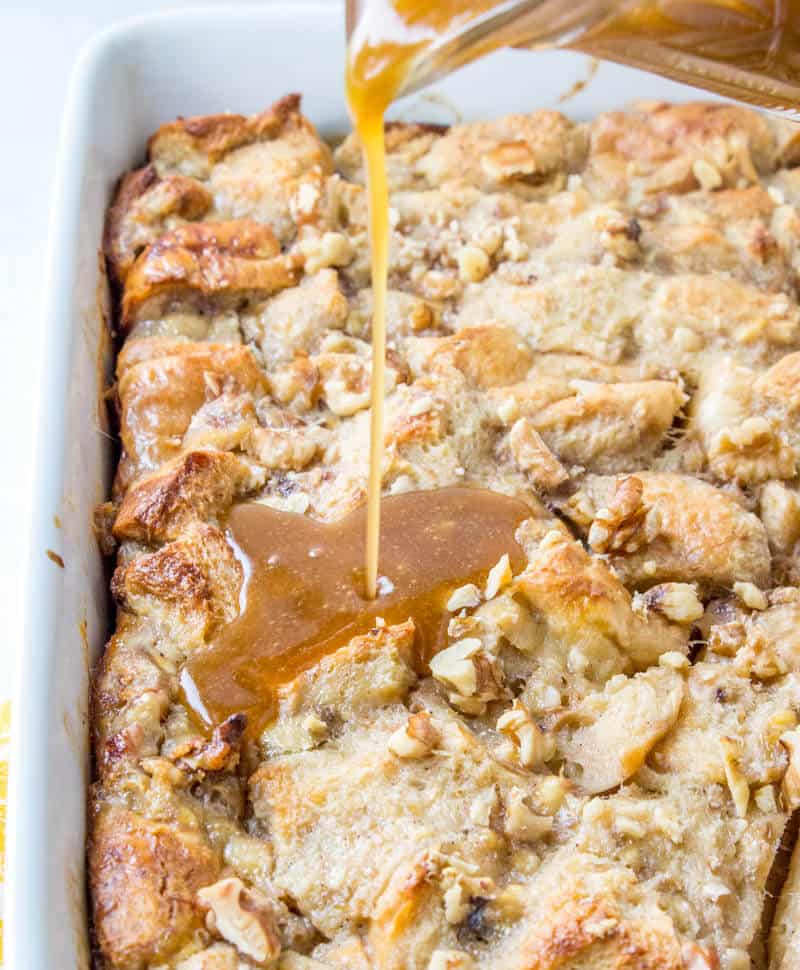 So I was winding down, and if you know anything about me, I cant not leave without getting some dessert. So they had this simple norma bread pudding and I was like, you know what, I’m going to give this stuff a try. Thank heavens that I did, from that first bite, I was hooked.

HOW DO YOU MAKE BREAD PUDDING?

Bread pudding is really a simple recipe. You only need a few ingredients to make a simple bread pudding such as milk, cream, eggs, sugar and some spices. 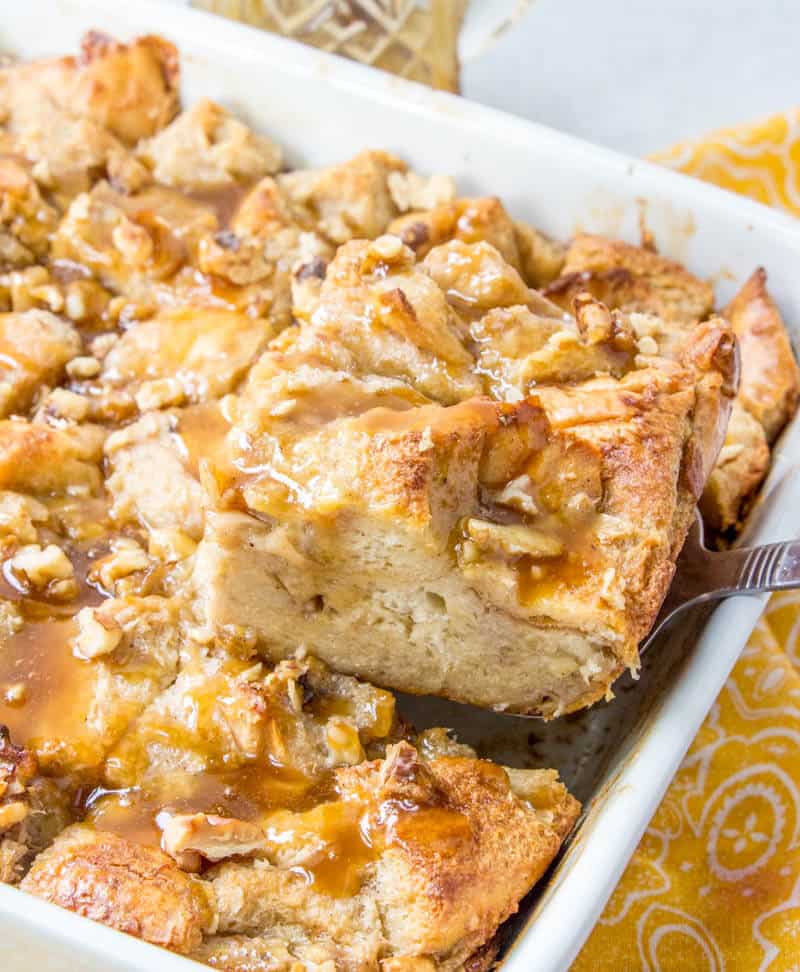 WHAT KIND OF BREAD IS USED FOR BREAD PUDDING?

Like slightly stated above we use loaves of French bread. Other breads that work include: 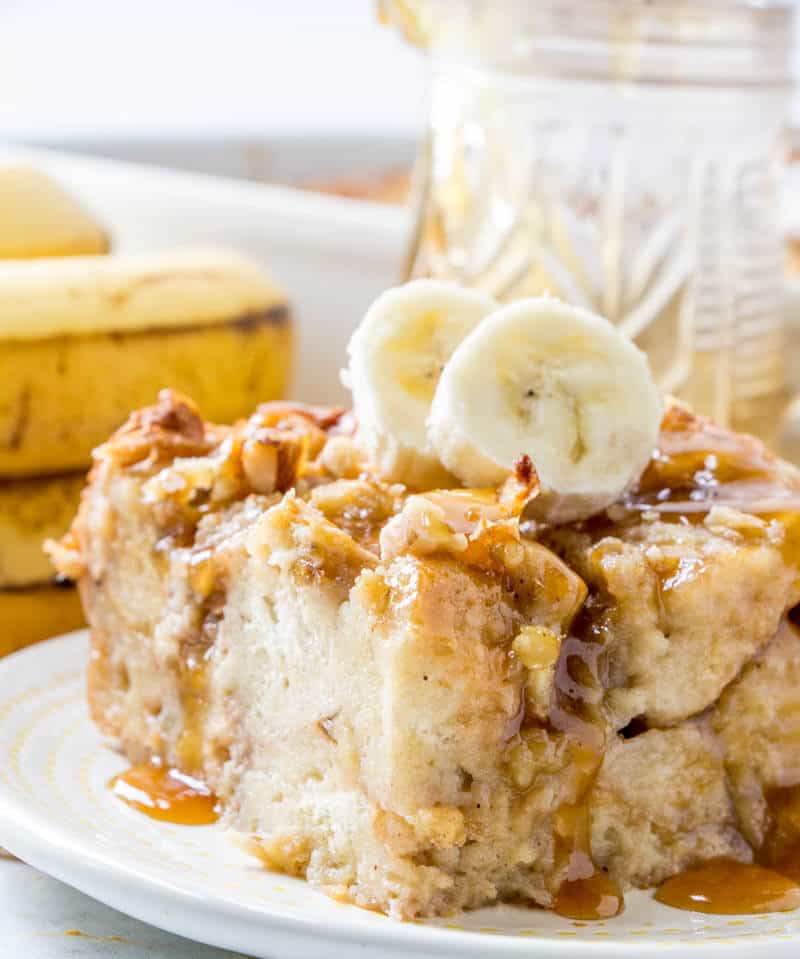 IS BREAD PUDDING SUPPOSED TO BE SERVED WARM OR COLD?

This is the beauty of this recipe, it can be served either way. I like to have my bread pudding served warm, usually because I make a warm sauce that drizzles over the top. But cold is also good and a lot of people choose to eat it that way. It is more or less personal preference.

This Banana Bread Pudding has all the flavors of your favorite banana bread but baked up in a 9″x13″ dish and drizzled with a easy and flavorful caramel sauce that is TO DIE FOR. I use this same caramel sauce t drizzle over my Banana Mug Cake, and let me tell you that Banana Mug Cake gets rave reviews.

We also added some walnuts to this Banana Bread Pudding recipe because I love nuts in my regular banana bread so serving this dish with a little crunch to every bite seemed like the easy and delicious choice, you know what I mean?! 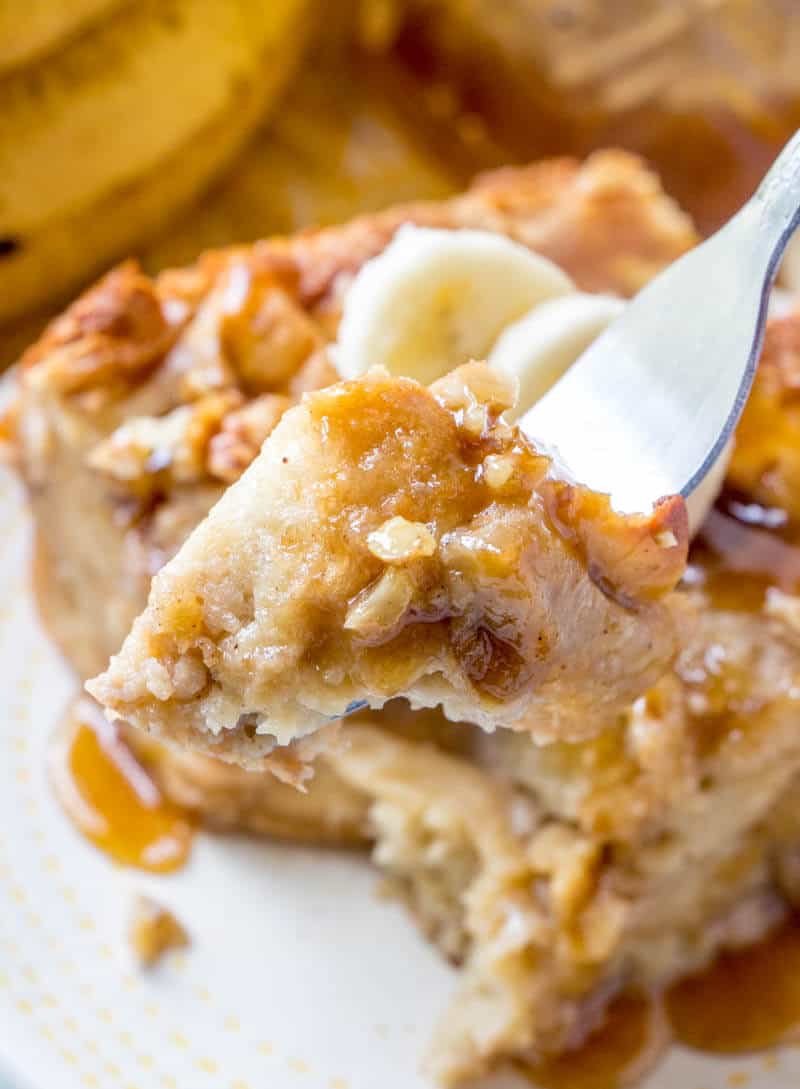 So, if you’re looking for a fun, flavorful breakfast, lunch, dinner or snack this Banana Bread Pudding is exactly what you’ve been looking for! Easy, tasty and on your table in an hour and it’s perfect for crowds or brunch! 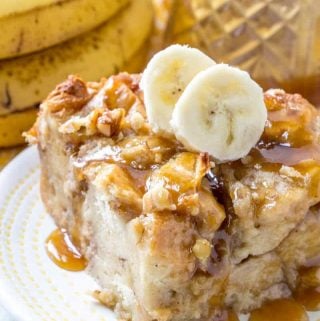 PIN IT FOR LATER! 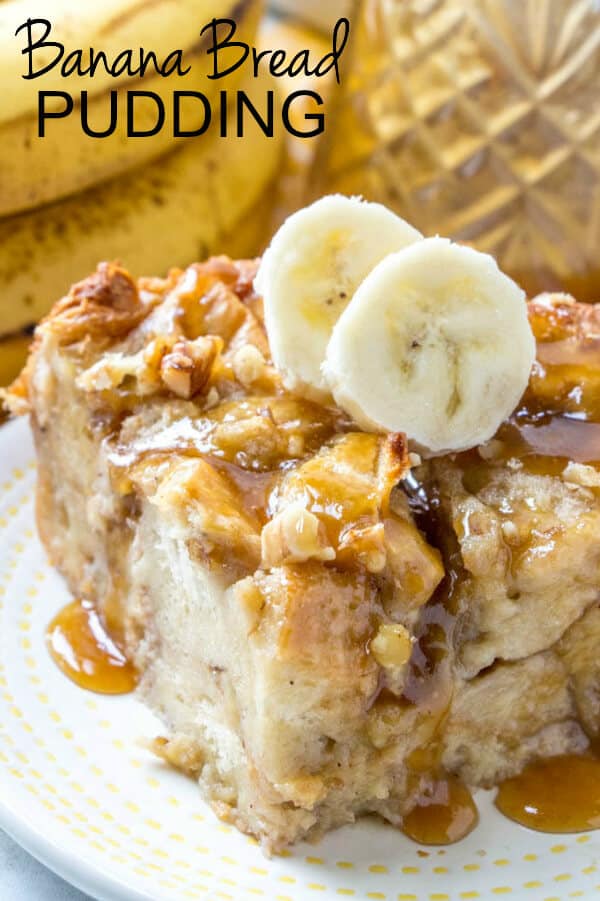