A delicious cinnamon spiced ice cream studded with chunks of Apple Crisp make this Apple Crisp Ice Cream out of this world flavorful for both summer and fall! 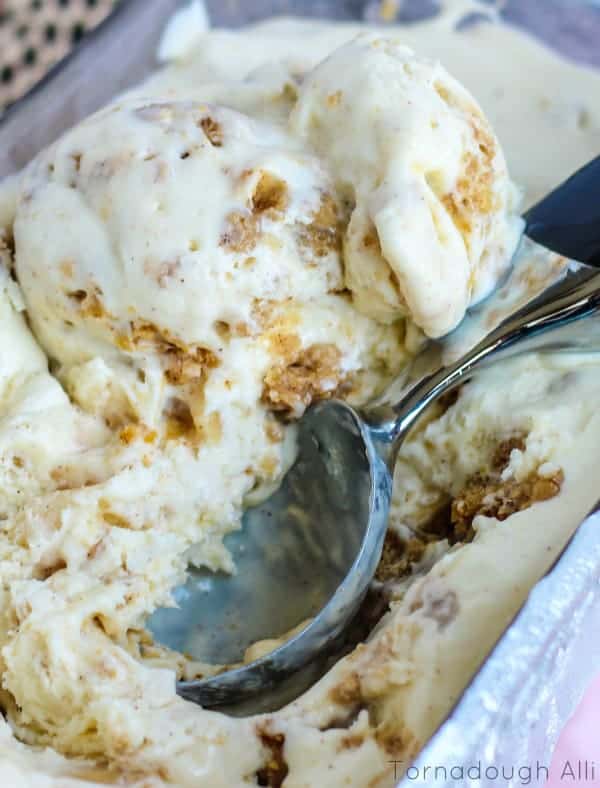 Tomorrow is the official start to Spring Break in our school district! I love having my boys home with me during the day, so the 6 days they have off are going to be great. I decided that I was going to make them a special treat to enjoy their time off! My boys are huge ice cream lovers, as well as my husband so I whipped up a batch of this super easy Apple Crisp No Churn Ice Cream.

We are huge lovers of ice cream in this house and the best and easiest way to make it is the no churn way. I mean we have an ice cream maker, but the process is longer than we like and I mean if we can have something that mixes together quickly and is ready in 4-6 hours then why not! 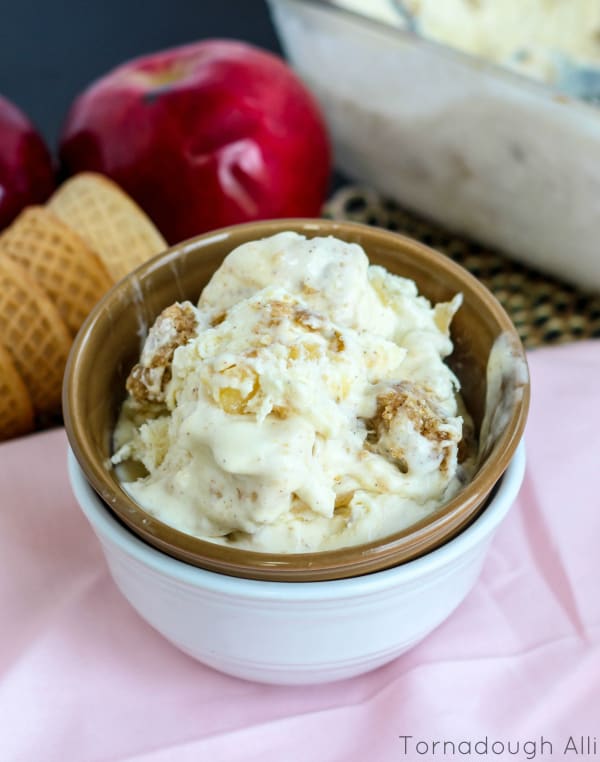 HOW DO YOU MAKE NO CHURN ICE CREAM?

No churn ice cream is super simple and technically contains about 3 ingredients if you want to get down to the basics. Heavy whipping cream, sweetened condensed milk and some vanilla. Where you go from there is up to you. There are so many variations it isn’t even funny.

OK, I’m going to give it to you straight. This ice cream is absolute heaven. Apple Crisp alone is a dream, add it to ice cream and you take it to a whole nother level for sure.

Vanilla ice cream, spiced with a little bit of cinnamon and laden with gooey and crunch chunks of Apple Crisp. Yup, that is my dream description right there. Sold! 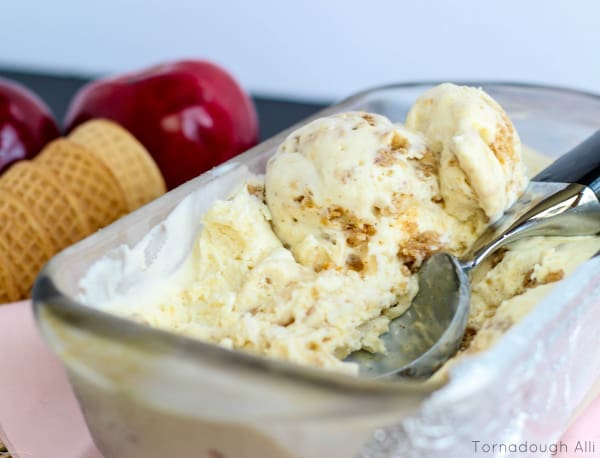 We cant get enough of this Apple Crisp No Churn Ice Cream, we make it every year because we usually have an abundance of apple crisp (my husband always asks me to make batches and batches of the stuff) and what better way to take a twist on a classic?

Once you try this ice cream you will never want apple crisp another way…But technically speaking you usually eat apple crisp with a side of ice cream so it only makes sense to put the apple crisp directly into the ice cream itself right? See I was thinking on this one! 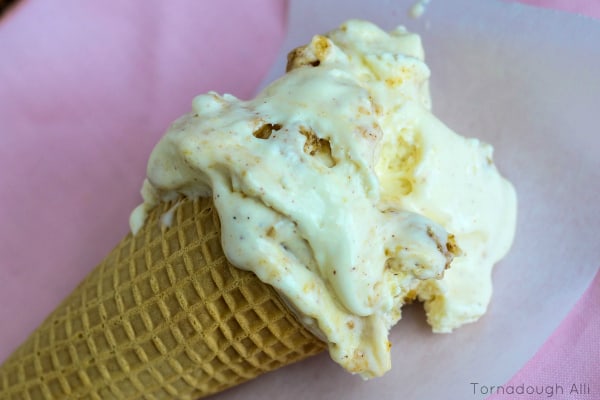 Save yourself some guesswork on what kind of ice cream you want to whip up and run now to make this Apple Crisp No Churn Ice Cream, I’m confident that you will fall in love just like my family! 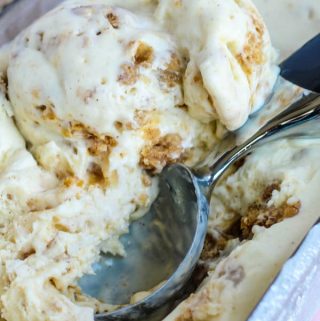 There will be leftover apple crisp so just enjoy!