Delicious cinnamon rolls are cut up and combined with cream cheese and a brown sugar glaze to make this Cream Cheese Caramel Roll Pull Apart Bread a breakfast favorite. 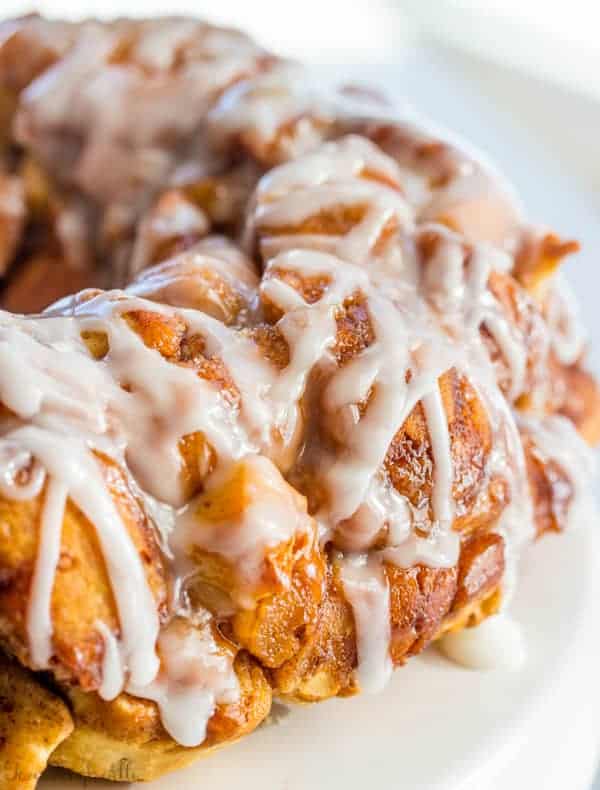 So this recipe totally happened out of a whim. I had started to do a video of it and I ended up having the way it went. Nothing was going as planned and I thought I had been defeated, so I gave up. 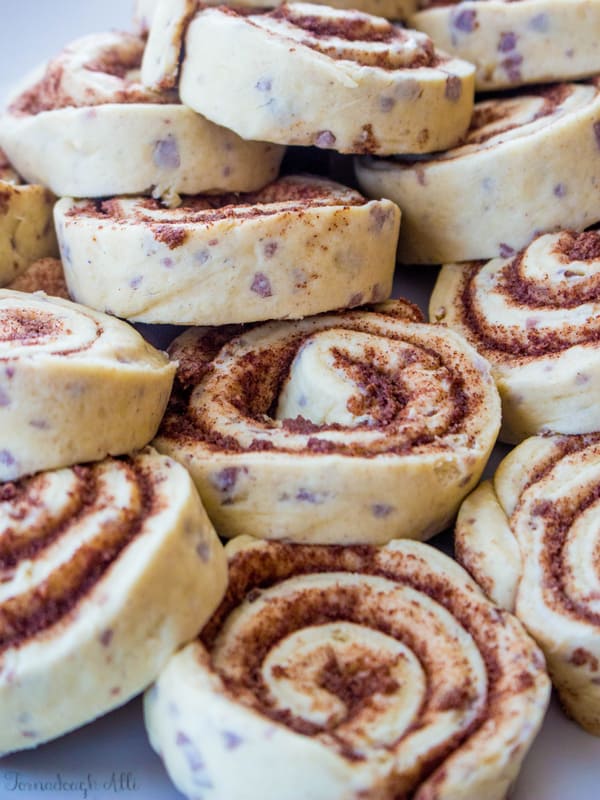 Then I pulled it out of the oven and that’s when I realized that I wasn’t going to use it as a blog post recipe….THEN I tasted it and that’s when I decided that it had to appear on the blog, ugly or not.  I guess ugly is a strong word, how “pretty” are pull apart breads supposed to be anyways?

So in the end of this tragic story I had to share this Cream Cheese Caramel Roll Pull Apart Bread with you. It would have been a tragedy not to. It’s like a caramel rolls and a cinnamon roll had a baby and that baby was the most delicious thing you’ve ever seen. 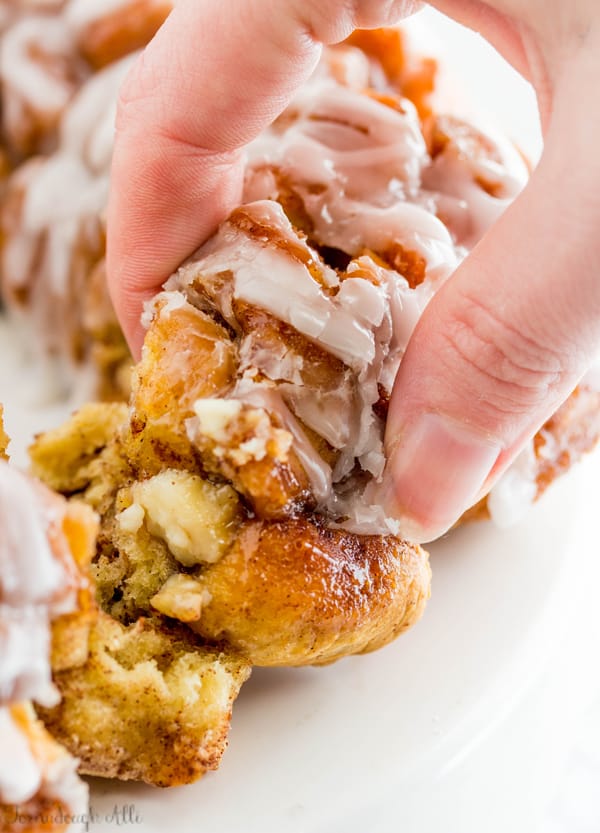 Wow, for the references right. But for real! I’m addicted to caramel rolls, you can see my salted caramel version right here. So I wanted to do a mashup between the two. This Cream Cheese Caramel Roll Pull Apart Bread has diced cream cheese baked right in along with a caramel sauce poured over the top before baking. 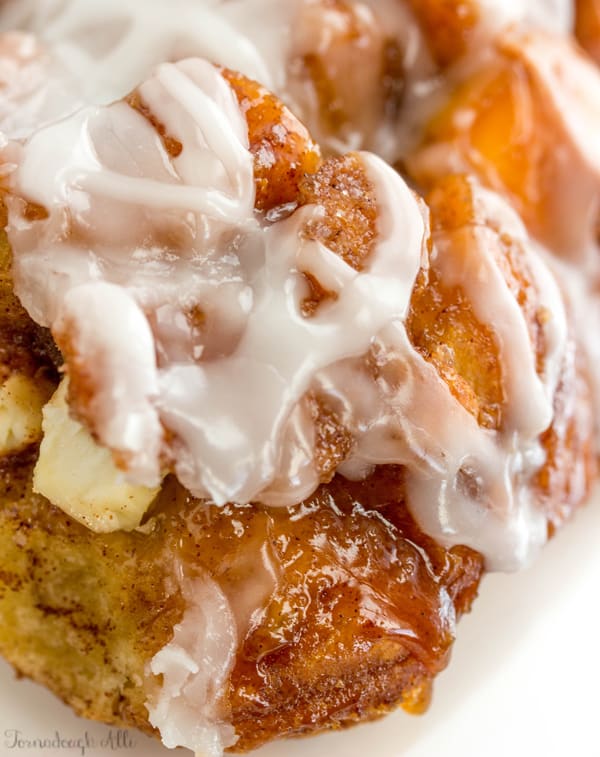 Oh and if that’s not enough, then it’s drizzled with icing that totally just makes this breakfast even more delicious. I wasn’t going to add the icing at finstead but this girl is soooooo glad she did.

This recipe whips up in minutes and you throw it in the oven and the smell just pulls you in and you can’t wait to pull it out and dig right in, and that’s exactly what you’ll do!! Eating this gooey delicious thing warm is best because then all the sweet and delicious caramel topping is still warm and melty! 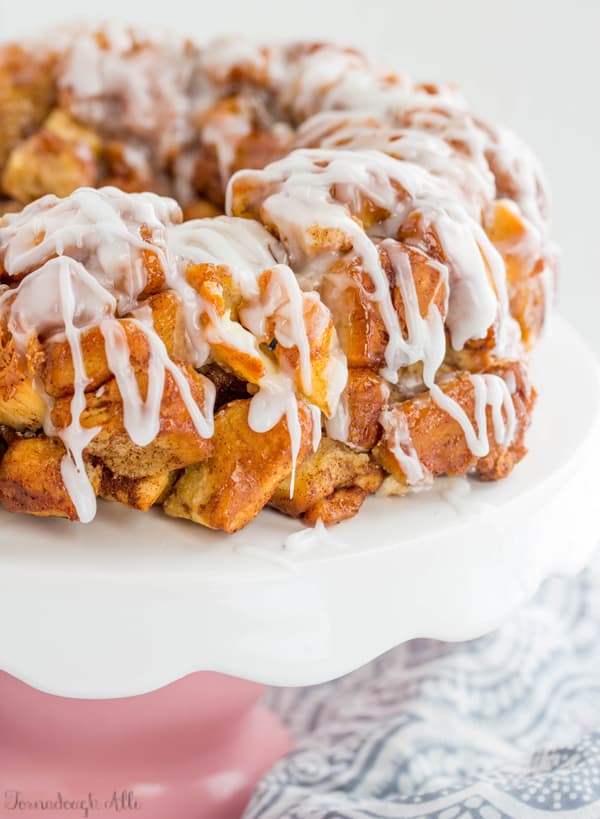 Soooo my friends, if you’re wanting a fun, absolutely kid friendly and adored, new and delicious breakfast (or dessert), I URGE you to give this Cream Cheese Caramel Roll Pull Apart Bread a try!! 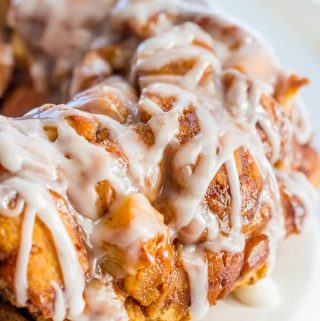 It's best to serve warm otherwise the butter and brown sugar mixture will harden slightly, but not enough to not be able to eat.

1360 shares
We use cookies to ensure that we give you the best experience on our website. If you continue to use this site we will assume that you are happy with it.OkRead more