Delicious creamy coconut flavor make up this Coconut Cream Bread Pudding which is a new twist on a classic favorite. 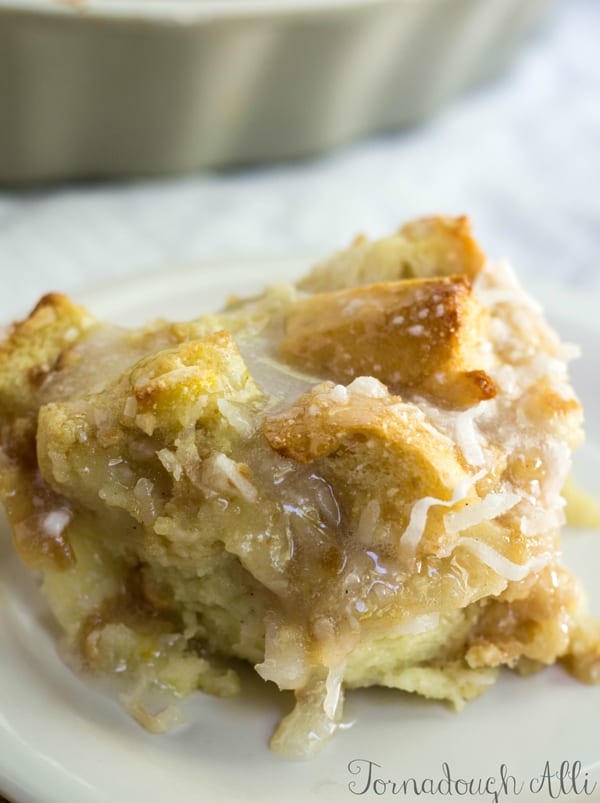 Have you ever tried bread pudding? When I was first introduced to it when I was younger I was so put off that I refused to try it. Like who wants wet bread? I was sooooo uneducated about it and I just wouldn’t give it any chance back in the day.

We went to Vegas a little over a year ago and went to eat at the Aria buffet and they had bread pudding there and I gave it a chance, and guess what?!?!?! I fell in complete and utter love! 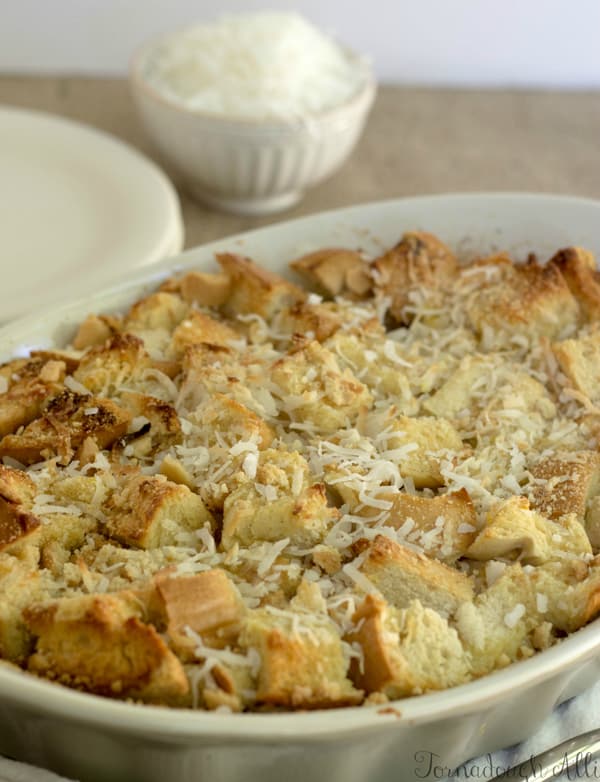 Have you seen all the different flavors of bread pudding out there? Holy cow some people have such creative ideas! So I got bored one day and decided to play around with some of my fave flavors.

Well technically I did buy bread with the intentions of making bread pudding, but I was also to go over to my moms for happy hour and I knew she loved coconut, so I made a play on coconut cream pie and came up with this ultimate Coconut Cream Bread Pudding version. 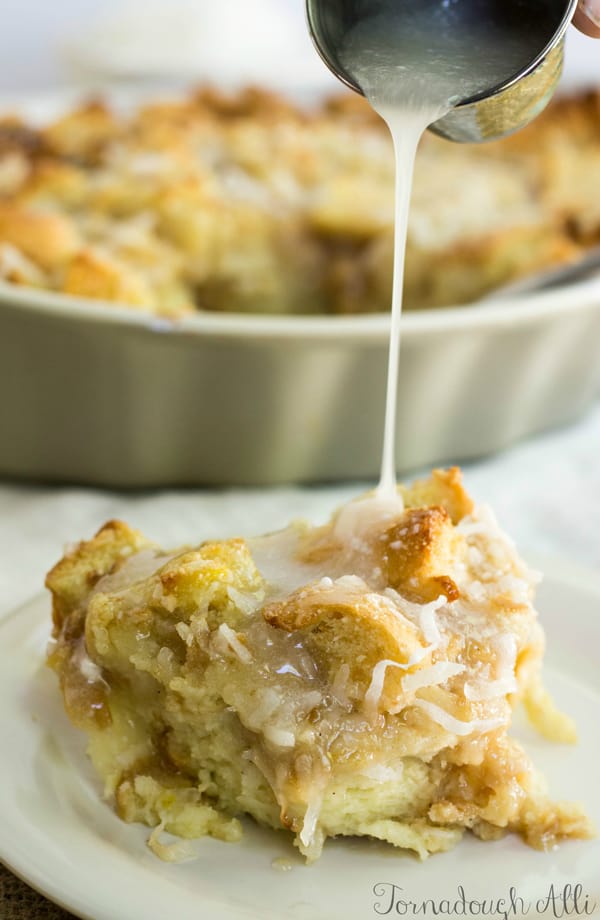 You do all the same dipping as you would in the typical version, but this stuff is baked and not fried! I’m not sure if I should qualify this as dessert or breakfast! All I know is that I could eat this all day errrrr day! 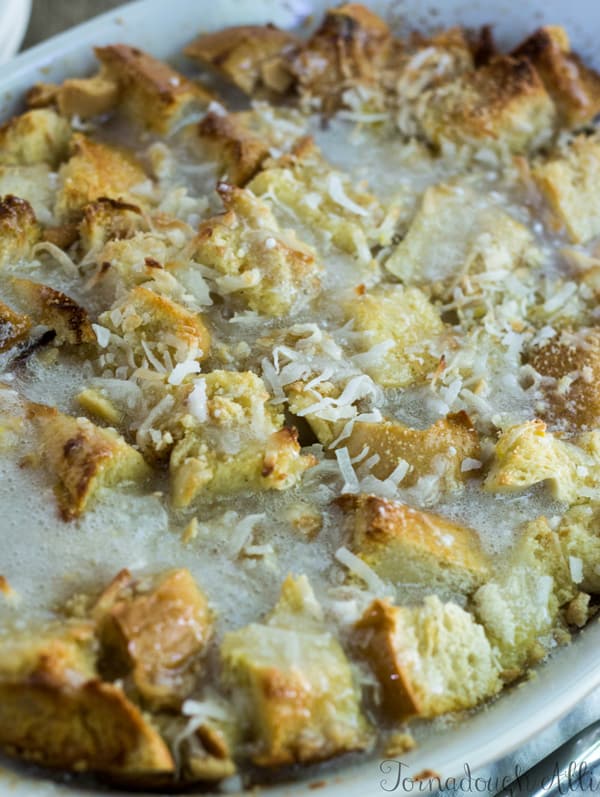 So besides the amazing flavor of the bread pudding itself being loaded with coconut AND crushed up vanilla wafers this bad boy is topped off with a creamy and awesome coconut glaze. Seriously, don’t skip the glaze…it makes this!

But I’ve always been a huge believer in glaze anyways, so I would always give you that word of advice regardless. 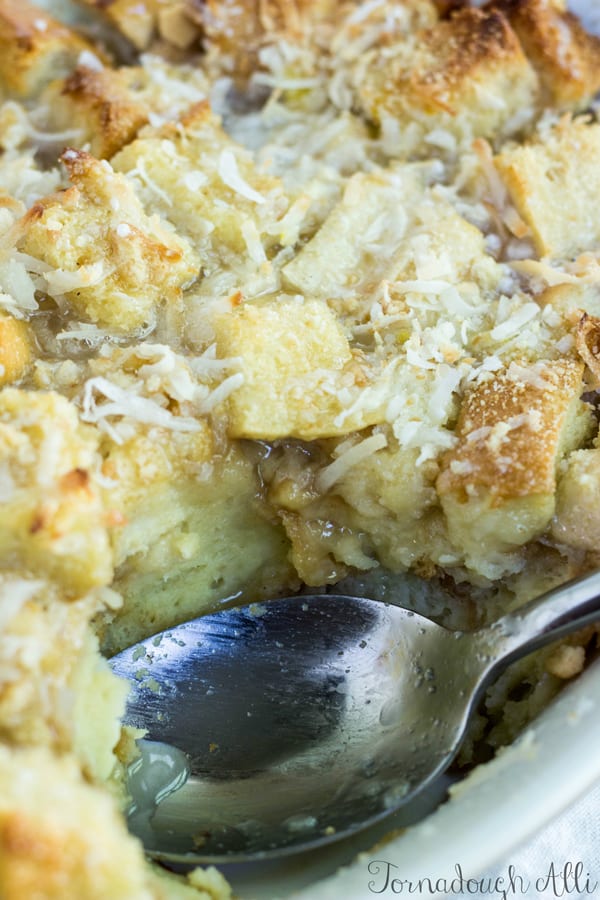 So hurry yourself into that kitchen of your and make yourself, or coconut lovers in your life this Coconut Cream Bread Pudding and eat yourself into creamy, crunchy sweets heaven! 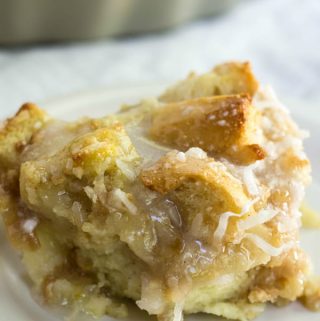 If you don't have stale bread, place your cut piece on baking sheet and cook in 225 degree oven for about 10 minutes. Baking times may vary depending on oven and size of pan used, check every so often after the 30 minute mark.

73331 shares
We use cookies to ensure that we give you the best experience on our website. If you continue to use this site we will assume that you are happy with it.OkNoRead more
You can revoke your consent any time using the Revoke consent button.Revoke Cookies