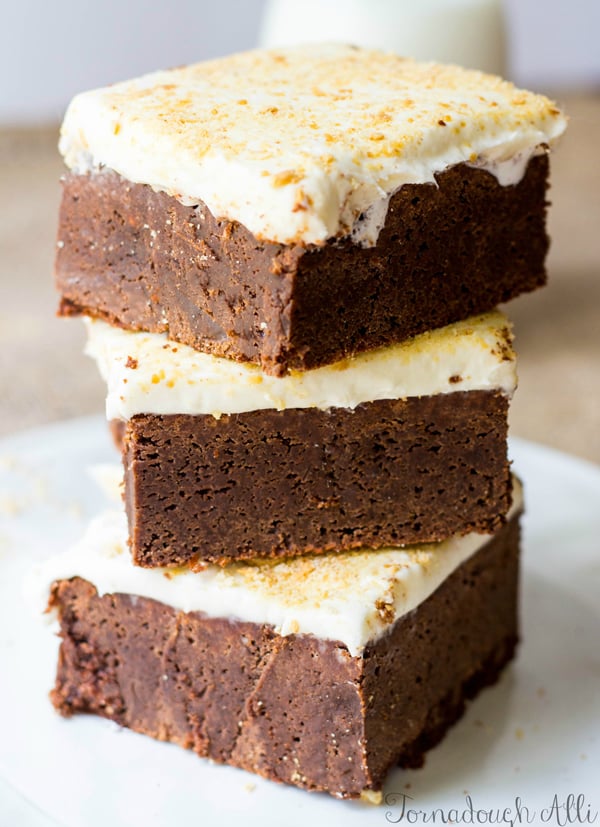 So I’m absolutely messed up on my day’s now that the 4th of July landed on a Monday this year! So that is why you are getting two posts in a row. But I can’t complain, I love food so much that I would love seeing it every day anyway. Especially when it comes to these delectable S’mores Fudge Brownies.

I am literally the harshest critic when it comes to brownies. I know how I like my brownies, just like some people know how they like their steaks. Ha, I’m laughing at myself because I’m comparing my brownie taste along side a persons steak preference. You have to know that means business! 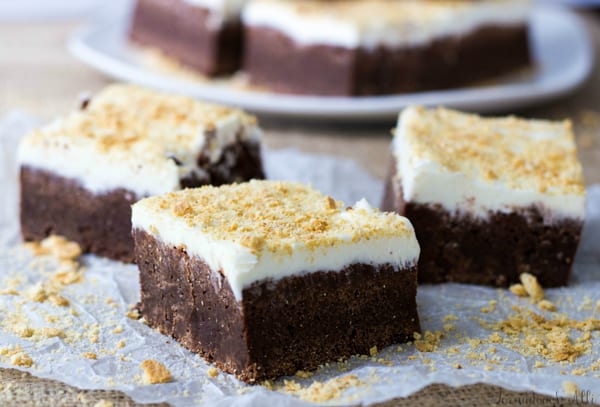 Ok, well I love my brownies thick, moist and fudgy. They also have to be topped with something.

Frosting is my absolute favorite topping of them all, I mean frosting pretty much completes my life. I would eat frosting on frosting if it were served on a menu. I know, that’s taking it a bit too far, but what can I say….sweet tooth over here! 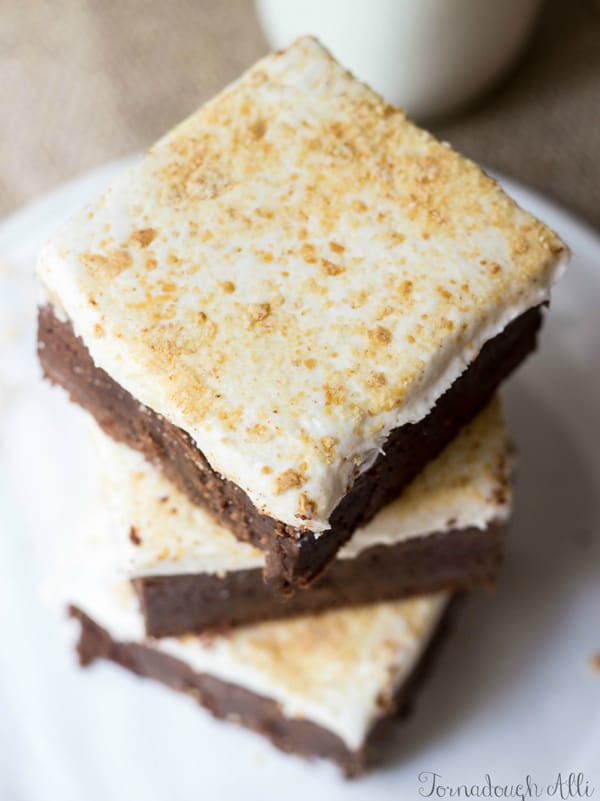 These S’mores Fudge Brownies are where it’s at! They are perfect for this time of year since S’mores are pretty much a hit in any aspect, so I figured I’d better jump ship and jump on the S’mores bandwagon too.

Thick chocolatey, fudgy brownie is topped with a creamy, sweet marshmallow buttercream frosting and sprinkled with crushed graham crackers. How does that not sound the least bit of awesome?

My son absolutely loves this frosting. We actually use it quite a bit in my cake and cupcake recipes! But this will be the first time it’s actually graced this blog! Woo-hoo and what an entrance it has made, well at least I say so. What better way to appear than to be slathered over rich, chocolatey goodness?