This French toast with cinnamon and brown sugar butter recipe is not your average breakfast! It’s loaded with sweet spices and decadent flavored butter. 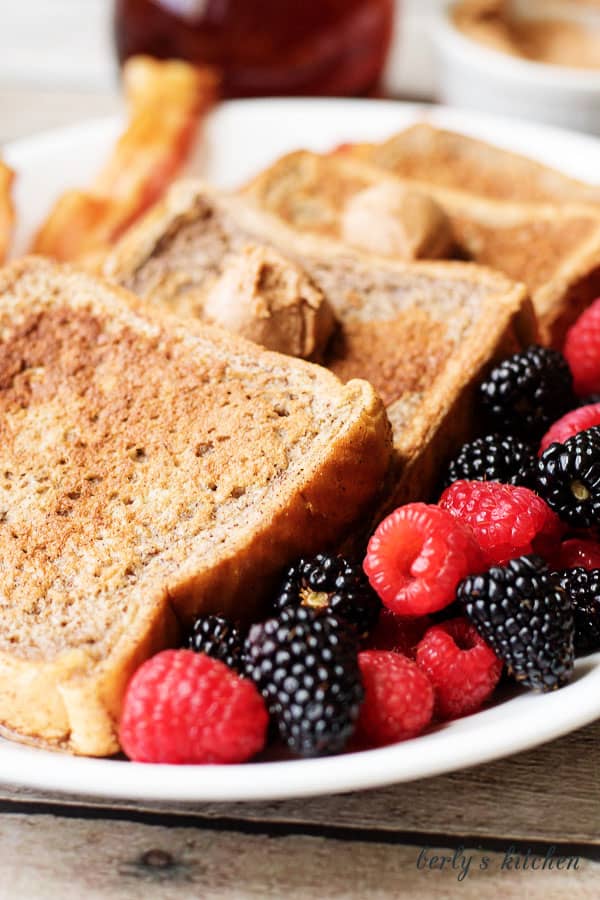 Sometimes, when I was a child, my father would wake up super early on Saturdays and make a French toast breakfast for the whole family to enjoy. At the time, I never realized his recipe was so unique when compared to other French toast dishes. However, when I grew up, and he decided to share it with me, I knew I had something special.

You see, most French toast recipes only require you to dip bread into an egg batter and then cook everything. It wasn’t until I started working in restaurants that I noticed that method was the status quo. Nothing extra put into the offering, just whipped eggs, and a little salt. Needless to say, I was a bit dumbfounded. 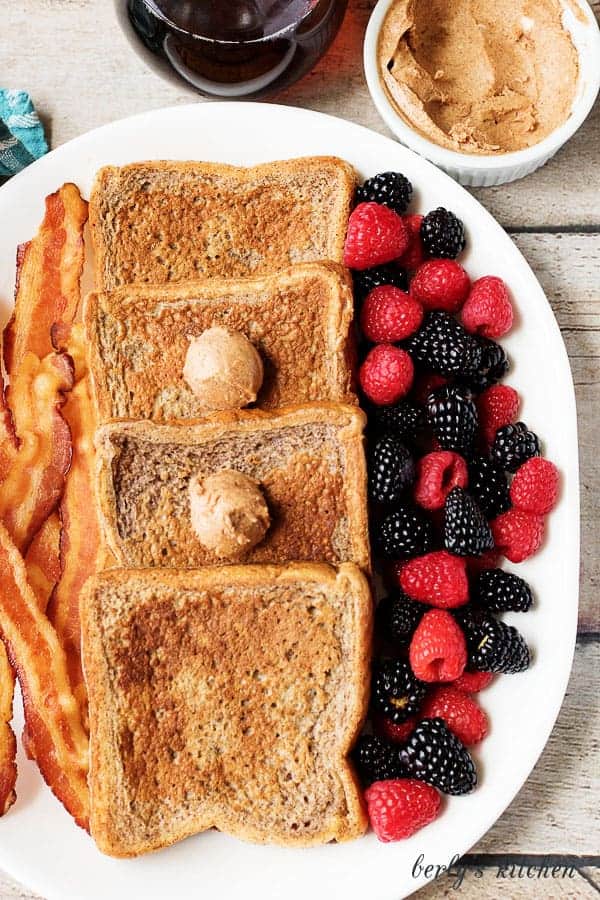 It seemed like such a bland and boring French toast. As I cooked the patrons’ meals, I always thought to myself, “Man, these people are missing out.” So, one morning, when Kim and I were dating, I made my Dad’s French toast for her. She loved it! The spicy cinnamon and earthy nutmeg woke her up and left her wanting more. It’s funny, she always jokes that my cooking was why she married me. 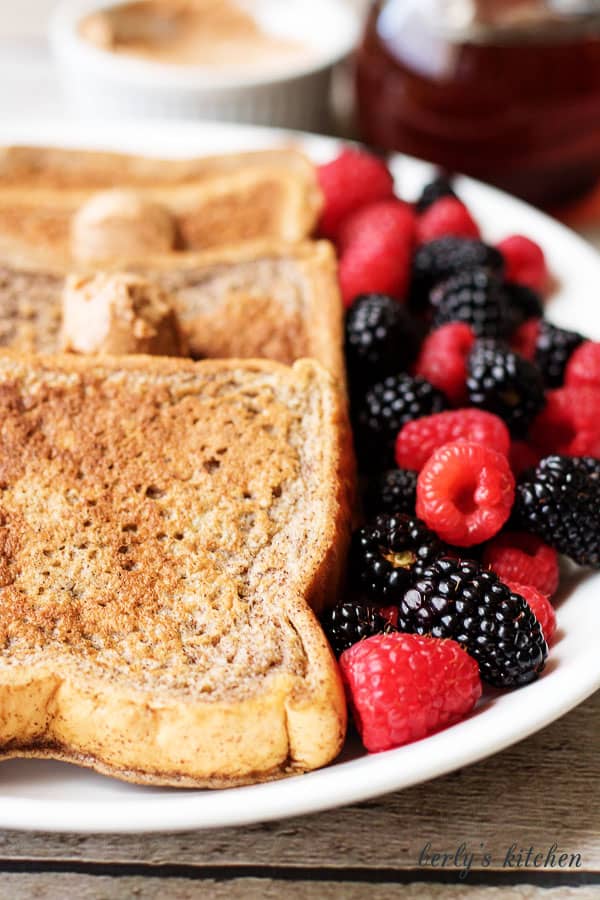 When you combine it with the rich seasoned butter, it is a meal in and of itself. As the years have gone by I have improved on the recipe in subtle ways. Primarily, I started adding a touch of ginger and a little more salt. Additionally, using Texas Toast gives the dish better density and texture. As you can see from the pictures, pair it with a side of bacon and top it with fresh fruit and you have yourself a filling breakfast. In closing, it brings me great joy to dedicate this one to my Father and share it with everyone else. I am sure he would approve of my version of his amazing French toast. 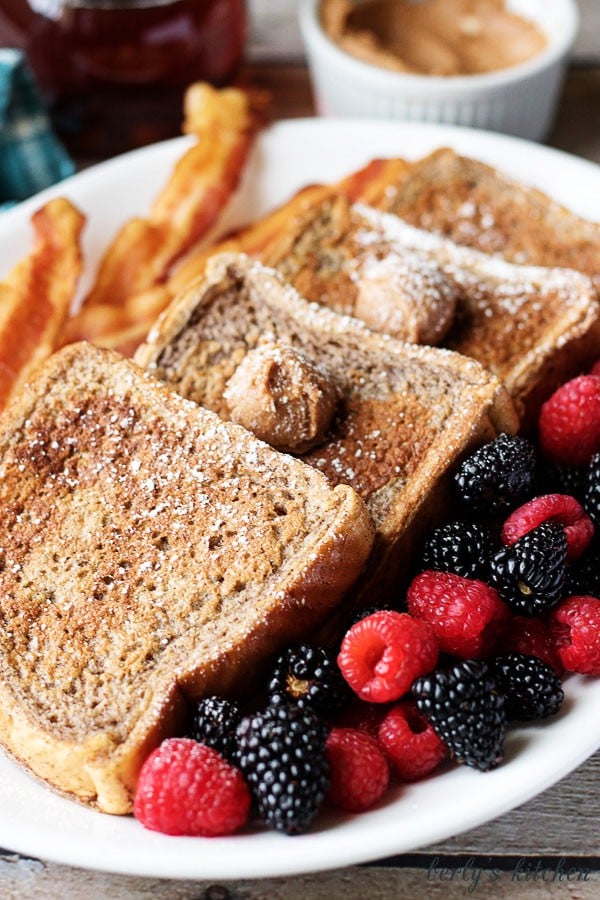 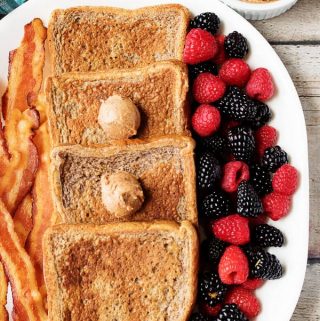 The calorie count listed is only an approximation based on the ingredients in the recipe. Calories may vary depending on personal eating habits and increases in condiments and sides. Please serve French toast while it is warm. It can be stored overnight in your fridge in a sealed container.