A fun and summery, this Banana Pudding Trifle has layers upon layers of banana, cake and pudding goodness! Perfect for your next party! 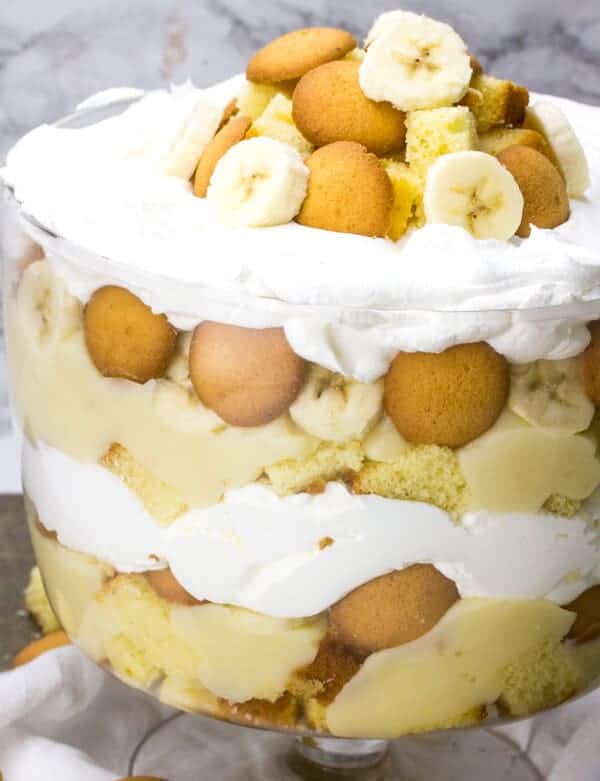 So you all know banana is like my most favorite flavor on the face of the planet right? If you haven’t ever read ANY of my other posts that declare my love for banana then I guess you can read it here again. BANANA IS LIFE. Yeah, totally had to throw that out there because it’s 100% true! Banana is like everything to me, it’s a weird but delicious addiction.

Now I probably won’t just sit down and eat a banana to cure the sweet tooth, that just doesn’t do it for me, but give me banana cake, banana bars, banana pudding or heck how about this Banana Pudding Trifle? Yeah, now this is what I’m talking about. It combines like a thousand desserts in one and makes one of the most glorious things I have ever seen or eaten. 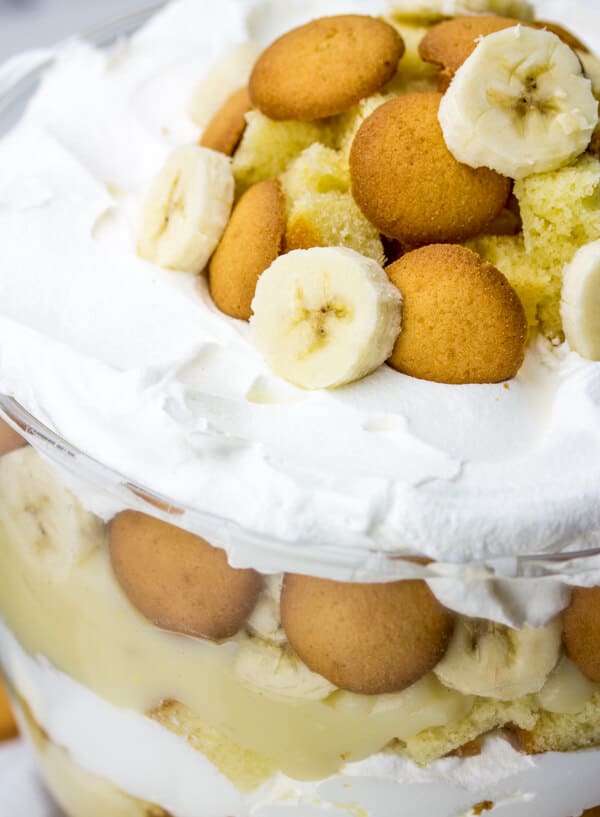 So the hardest thing about this delicious trifle is probably making the pudding and in reality that is NOT hard at all. I love love love making my own pudding, but I mean if you even want this quicker you could probably just whip up some instant vanilla or banana pudding if you like! I made vanilla for this, but with the bananas layered on top we consider it banana pudding.

Now I wanted to set this trifle apart and I found some pound cakes at the store and I picked them up knowing that I was going to do something with them, at the time I wasn’t sure what, but I quickly realized that a trifle was the perfect thing to make. Especially since I had some banana AND wafer cookies laying around…so that only meant that it was going to become a Banana Pudding Trifle. 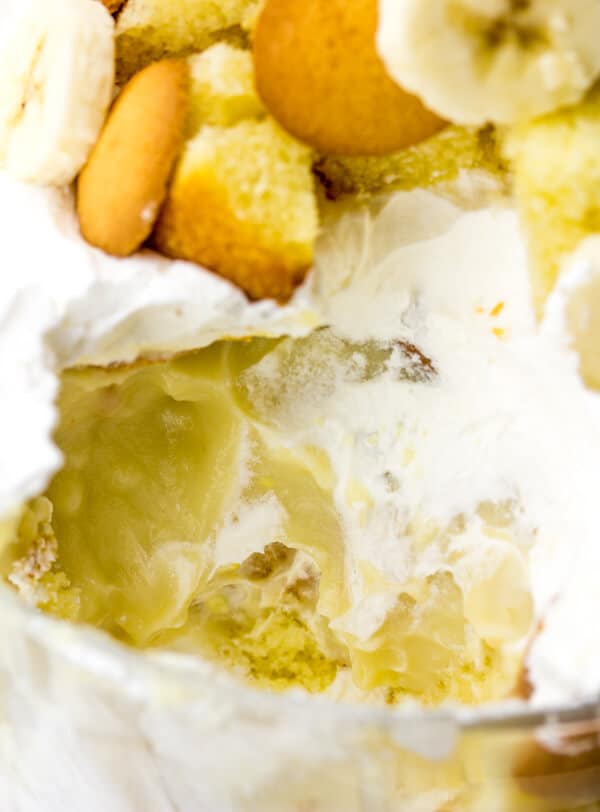 This thing is massive, it could feed an army! My kids dug into it faster than a bear to honey! I mean my 10 year old loves banana just as much as his mama so it was hard to make him know portion control when around this, luckily when he asked if he could have some I was there saying “sure, but only if you get me a bowl too”. See that’s called balance and discipline right there people.

So if you’re looking for a delicious treat to bring to a picnic, family gathering or just have around the house because you’re like me and want dessert 24/7 and bananas are seriously awesome, then this Banana Pudding Trifle is what you NEED to make, trust me on this one! 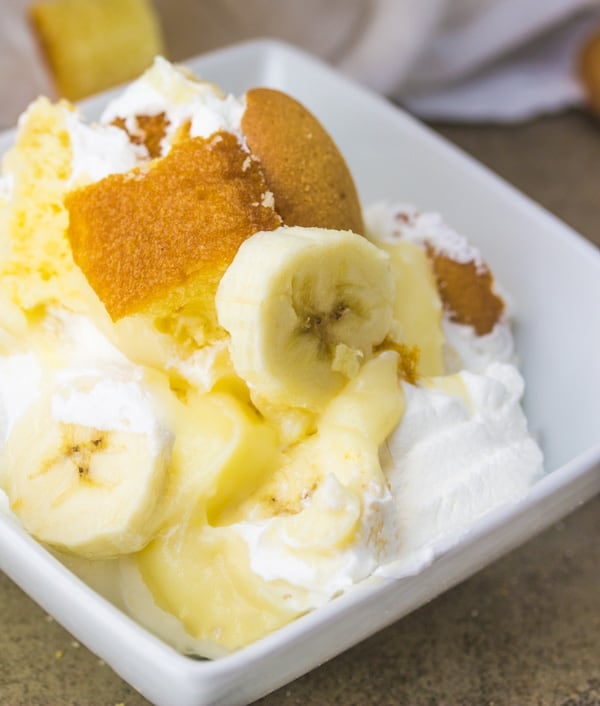 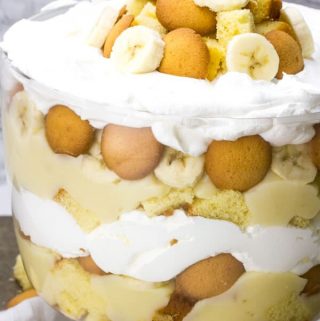