Creamy and cheesy mac and cheese is mixed with a sweet and spicy sauce and poured over pasta and popcorn chicken making this Wingers Sticky Fingers Mac and Cheese a kid-friendly fave! 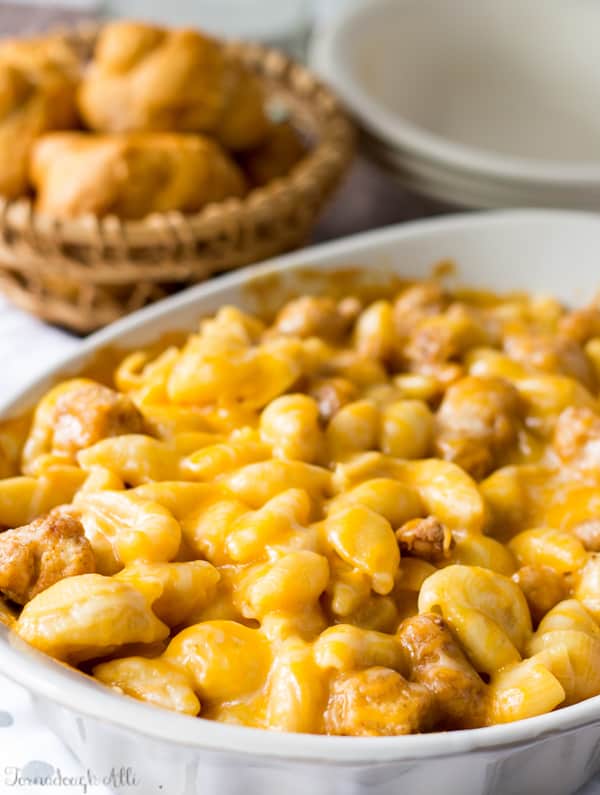 Have you guy’s ever tried those ever popular Wingers Sticky Fingers? If not, they are seriously one of the most amazing things ever! The sauce that is used is a mixture of spicy and sweet and makes the chicken sticky, hence the “sticky fingers” portion of the name.

So this recipe literally came out of a whim. Honestly, I had been eating some Popeye’s when we were on vacation last month in Denver and I had some of their mac and cheese and I had one of their sweet heat sauce and I just so happened to dip my macaroni and cheese in that and was in utter heaven. 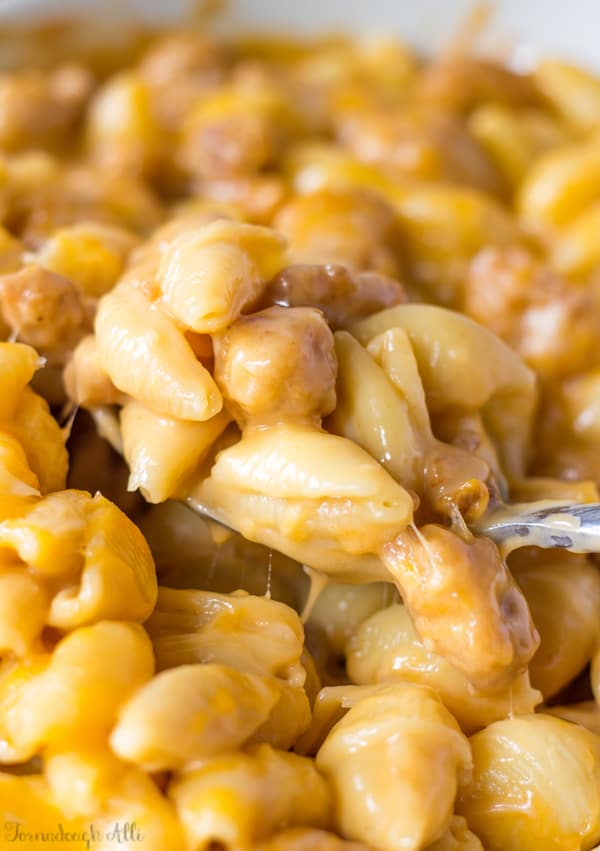 The taste of the sauce literally reminded me of Wingers, so I knew that I wanted to create a mac and cheese recipe that tasted what I had just so happen to create while I was stuffing my face full of food. Have you ever had that happen to you? I swear, inspiration comes at the weirdest of times, but I’m happy that it does come! 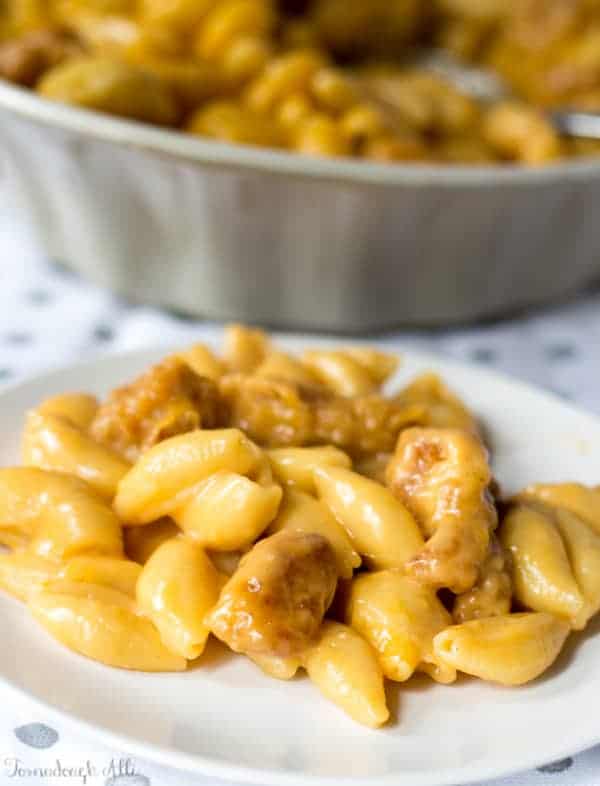 I am thinking some people might turn up their nose at this recipe like what?!?! Two sauces mixed together…um, that’s weird. It may be weird, but it is so good. The cheese sauce comes out super creamy and just a little hint of sweet heat behind every bite. MMMMMM.

Obviously I had to add the chicken aspect in with it, so what better way then to add some popcorn chicken. Yup, it happened. I’m not ashamed. This is like one of those weeknight dinners that people throw together and hope it works. I’ve had many of them in my day. I actually grew up with my dad making “Glop”. Which is his pasta that he made where he would just pretty much threw whatever he had on hand (it was the only thing he could cook) and hope it worked. 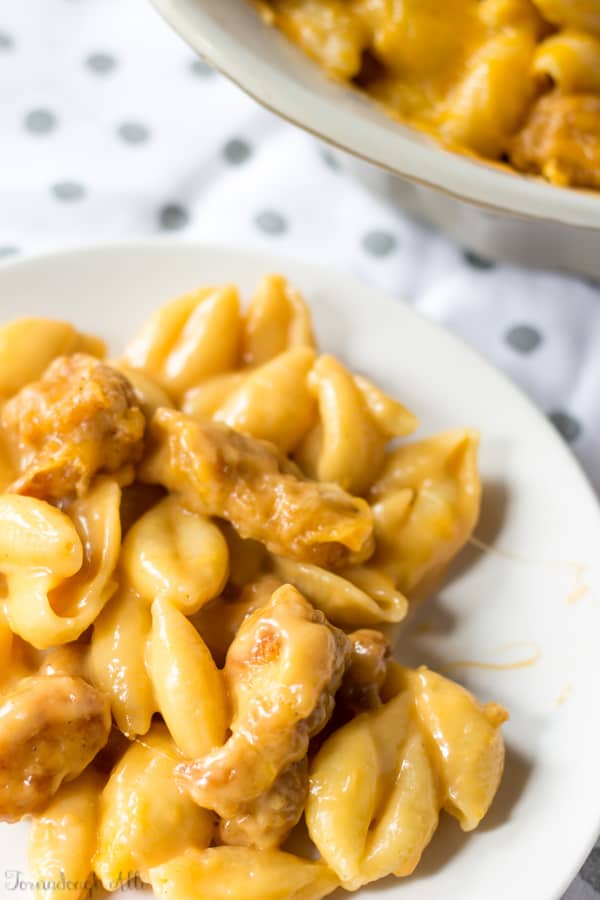 Well let me tell you my friends, to this day I crave that Glop. I don’t know when he stopped making it, but it hasn’t made it’s appearance in quite some time. I think it might of been when my parents decided to get a gas stove and he wasn’t sure on how to use it. But do not fret, this man is wanting to learn cooking in his retirement and I told him I’d always be there to help him. 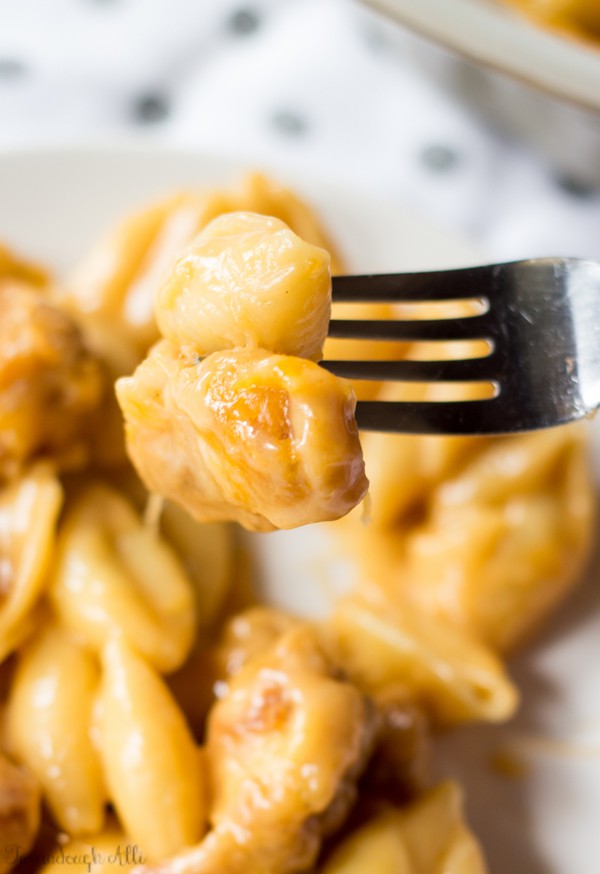 Anyways, let’s get back to this recipe. My kids literally adored this. I think they were hesitant at first because of the mixing of the Wingers sauce into the cheese sauce, but once they took a bite all that hesitation went out the window. They promptly asked for seconds and when I would be making it again. Woo-hoo, win for this mom.

So if you’re looking to switch up your normal mac and cheese routine, love a little spicy sweet kick to your meals and need something quick to whip up this Wingers Sticky Fingers Mac and Cheese is the way to go! 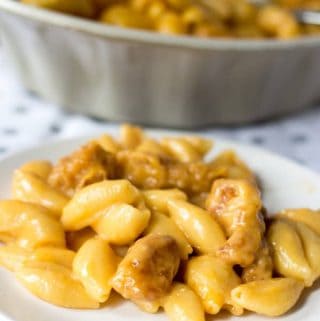 749 shares
We use cookies to ensure that we give you the best experience on our website. If you continue to use this site we will assume that you are happy with it.OkNoRead more
You can revoke your consent any time using the Revoke consent button.Revoke Cookies