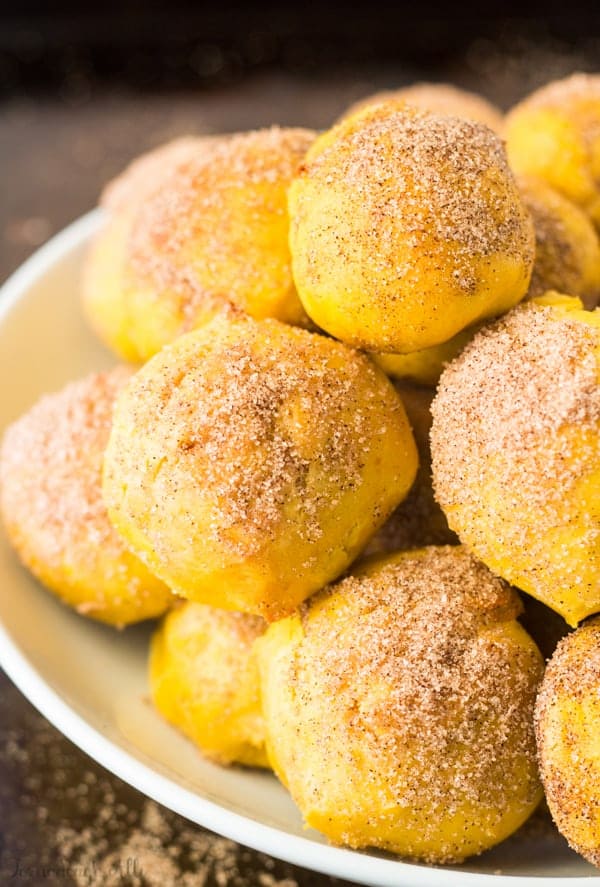 I’m a pretzel fan, well more or less I am a soft pretzel fan. I’m not the biggest fan of the ones that come in a bag just because they are too hard for my liking. I blame it on the pretzel stands that they have in the mall food courts that just give off that heavenly smell that I seriously can’t resist. 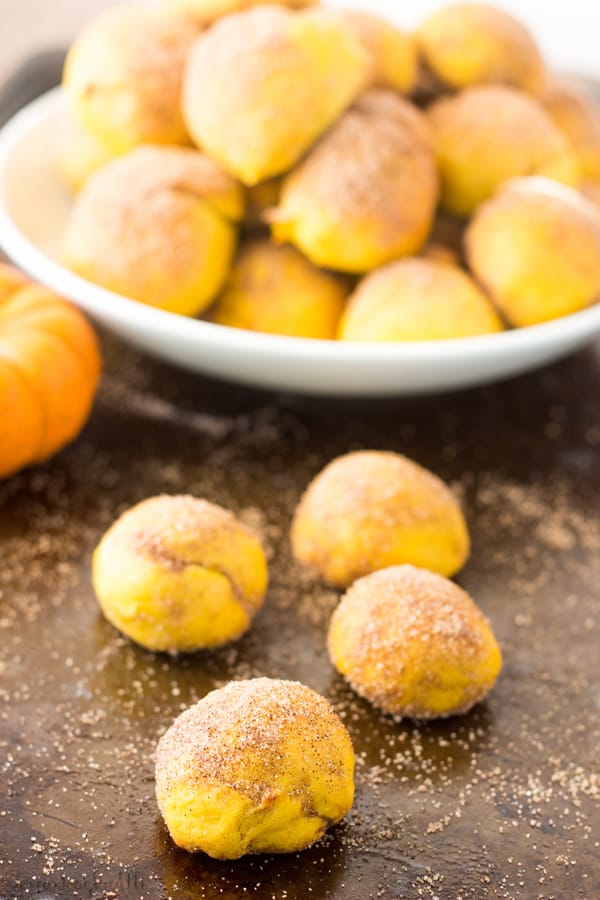 Now obviously since it’s Fall I had to try to get these buggers to have some Fall theme behind them. I mean what blogger doesn’t want to recreate some of their favorite treats and give them a little spin? I know that is what I do best! Usually I do these plain and I make both cinnamon sugar and parmesan, seriously you guys these pretzel bites are so addicting. 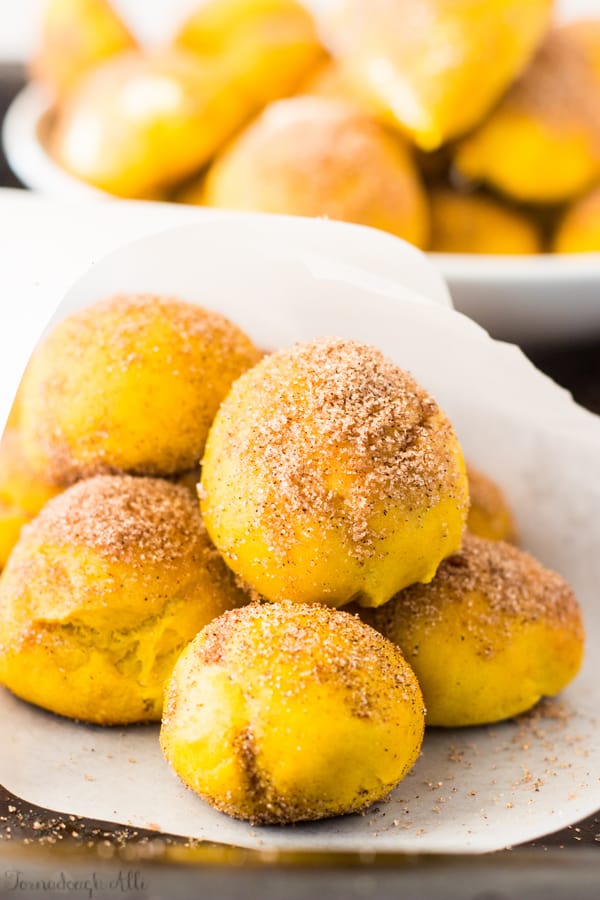 I’m sitting home sick today doing absolutely nothing other than watching Netflix and dreaming about food. But I guess the dreaming about food part is pretty common in my house, I think my husband really gets annoyed with me because I can have just eaten a whole meal and I’ll be sitting here talking about craving this or that. I just can’t help myself. 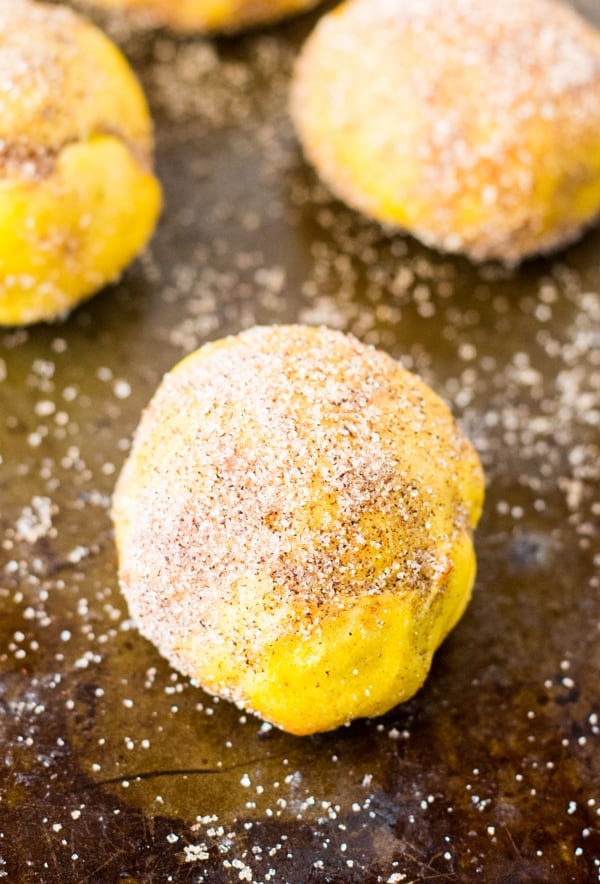 So here I sit, sick as a dog and browsing Pinterest looking at all the nummy food and all I can think about is making these Cinnamon Sugar Pumpkin Pretzel Bites again. I just wish I could muster up the energy to make them. Luckily my mom is coming to the rescue and bringing my daughter and myself some much-needed sustenance from the café down the road! Woo-hoo, thanks mom!

Ok back to these little bites of heaven. You wont believe how simple they are! Seriously, but if you’ve read my blog for any length of time I really do like simple things. You pretty much whip up everything in one bowl and bake. With these pretzels there is no pre-boiling involved! Saves ya a step! 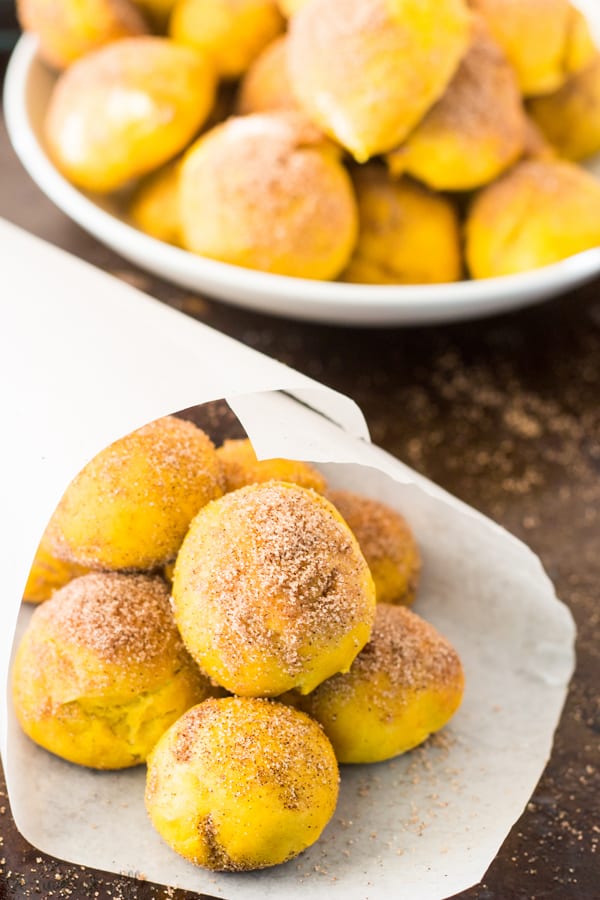 And they bake up in under 10 minutes, now talk about a fast recipe. It’s like one of the best, quickest desserts, treats, sweets or whatever you want to classify these as that I have on my blog! For reals…I can’t get over them. And I’m hoping the feelings are mutual with you!

They are crisp on the outside (firm not crunchy) and have a nice and soft center. They have a hint of pumpkin to them that’s not overwhelming where you can still taste that it is a pretzel. And the cinnamon sugar on the outside gives it a whole new depth of flavor that just completes these Cinnamon Sugar Pumpkin Pretzel Bites and puts them over the top! 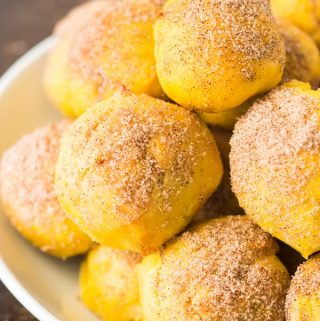